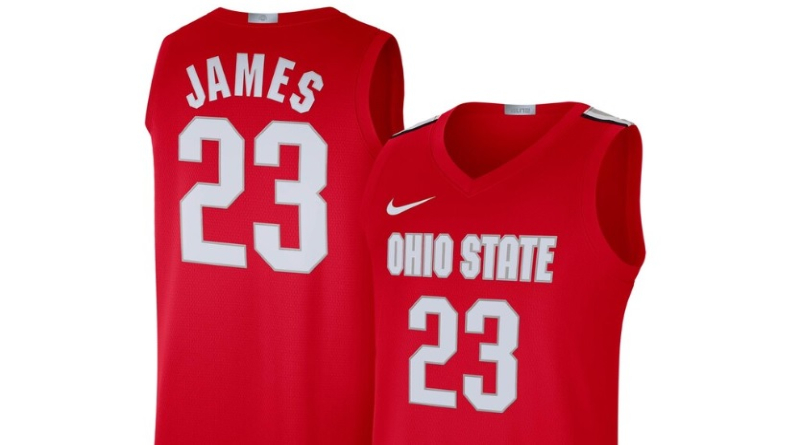 The sports apparel company posted a picture of the jersey this week on its Twitter, featuring the Buckeyes scarlet away jersey with gray piping on the shoulders and James’ number 23 on the front and back.

LeBron James grew up in Akron and is a life-long Ohio State fan, having said on the record many times if he hadn’t gone pro straight out of high school, he would have been a Buckeye.