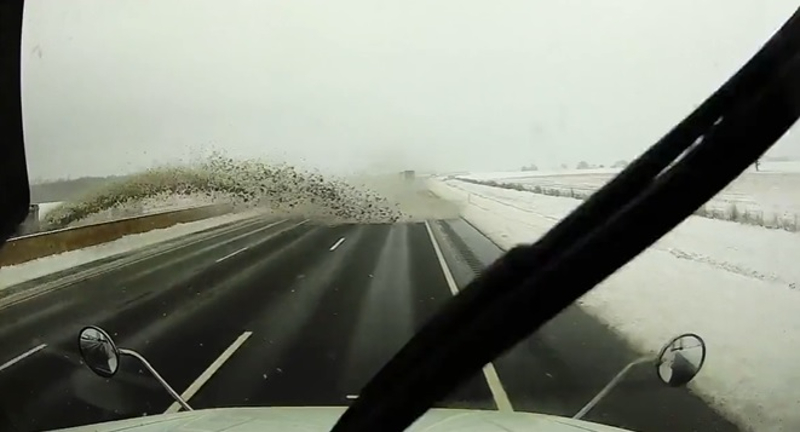 An Ohio turnpike snow plow driver is on administrative leave following an incident that happened near Sandusky on Sunday.

The video below from News 5 Cleveland shows the turnpike snow plow in Erie County hurling heavy slush over the median wall and into oncoming traffic.

The Ohio State Highway Patrol says around 40 vehicles were hit with the slush and some crashed.

At least 12 people were injured. There were no reports of serious injuries.

The Erie County prosecutor will review the case and decide on any criminal charges.

Here is raw video of an Ohio Turnpike snowplow tossing massive amounts of slushy snow onto the opposite side of the highway Sunday afternoon. We now know at least 40 vehicles were damaged and 12 people were injured. Latest details here: https://t.co/AzynFNeFjB pic.twitter.com/xYzbeskmha