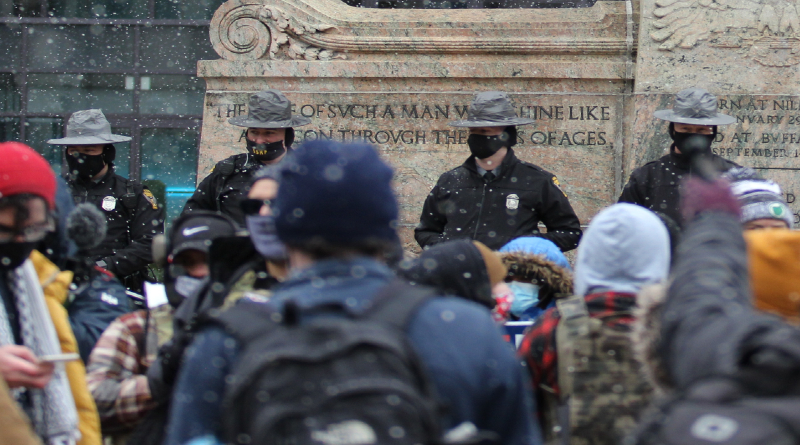 (ONN) – The Ohio State Highway Patrol says the cost of providing security at the Ohio Statehouse after the January 6th U.S. Capitol breach was nearly $2.5 million.

Lt. Craig Cvetan is spokesman for the Highway Patrol.

He said the extra security needed to patrol state facilities in the aftermath of the breach included $2.3 million in payroll costs and about $178,000 in non-payroll costs such as lodging.

Along with members of the Ohio National Guard, the patrol prepared for potential protests on January 17th as well as on inauguration day on January 20th.

The Highway Patrol’s costs are on top of the $1.2 million that was spent to activate members of the Ohio National Guard for security duty.