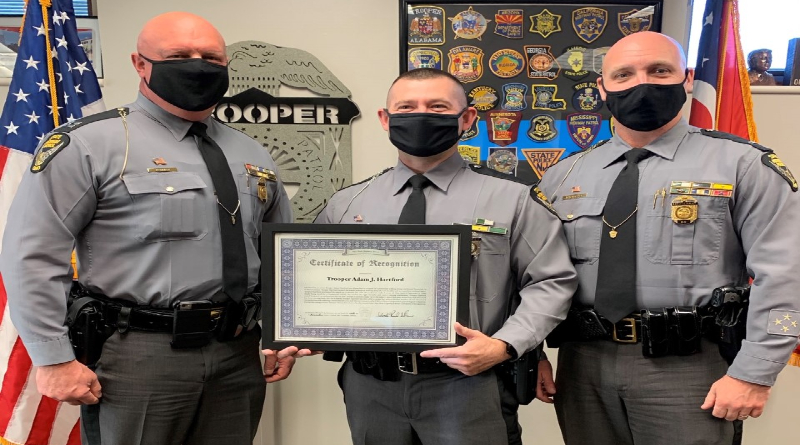 A Trooper with the Findlay District of the Ohio State Highway Patrol has been honored for saving a woman’s life who was suffering a mental crisis.

Trooper Adam Hartford was presented with a certificate of recognition at the Bowling Green Post on behalf of Colonel Richard S. Fambro, Patrol superintendent.

In the morning of October 30, Trooper Hartford was dispatched to a woman walking in the lanes of Interstate 75 in Perrysburg. Prior to his arrival, the woman had walked across the lanes of traffic several times, nearly being struck by a semi.

Once Trooper Hartford arrived on scene, he positioned his patrol car across the lanes of the interstate with his emergency lights activated to protect her from oncoming traffic.

As he exited his patrol car, the female began to run down the interstate.

Trooper Hartford was able to catch her and prevent her from running back into traffic, ultimately saving her life. Once she was secured, she was transported to a local hospital where she was treated.

“The swift actions of Trooper Hartford is a true testament to his dedication to service,” said Captain John C. Altman, Findlay District commander.

“As troopers, we often deal with people during some of the worst days of their life. It is fulfilling when we are able to turn an unfortunate situation around and help someone during their time of need.”

Trooper Hartford is a member of the 152nd Academy Class and earned his commission in 2012.

He is a canine handler and assigned to the Findlay Districts Criminal Patrol unit. 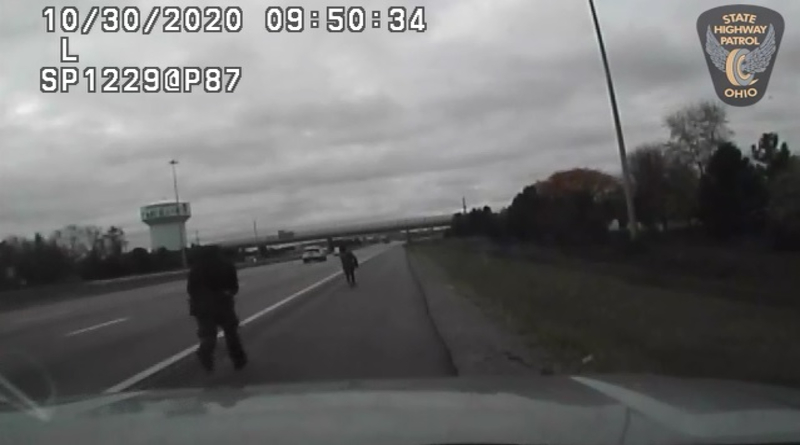