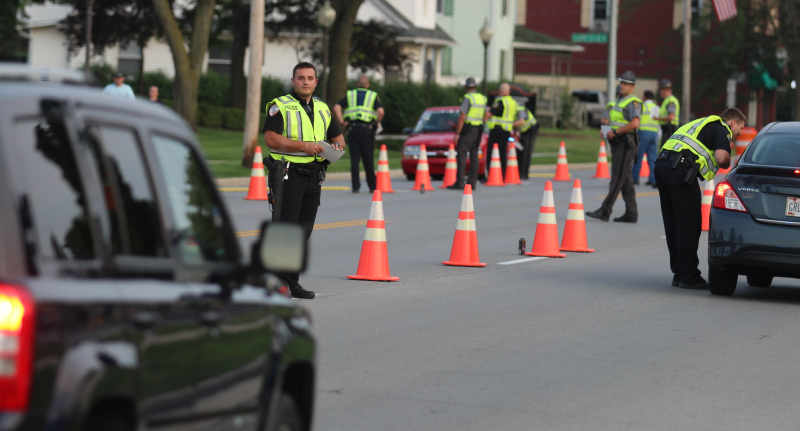 The checkpoint was held in conjunction with nearby saturation patrols to aggressively combat alcohol-related injury and fatal crashes.

We spoke with Lt. Matt Crow, the OSHP Findlay Post Commander, at the checkpoint.

He said, while many people make the right decision to not get behind the wheel after drinking, far too many still do.

The Lt. said the most impaired drivers they’ve taken off the road at a sobriety checkpoint in Findlay was seven, and other times they don’t come across any, as was the case Saturday night.

He said a checkpoint’s success is not determined by the number of impaired drivers they find, rather, all checkpoints are successful because they increase public awareness about the problem of impaired driving and shows that authorities take it very seriously.

Get more of our conversation with Lt. Crow in the video below.