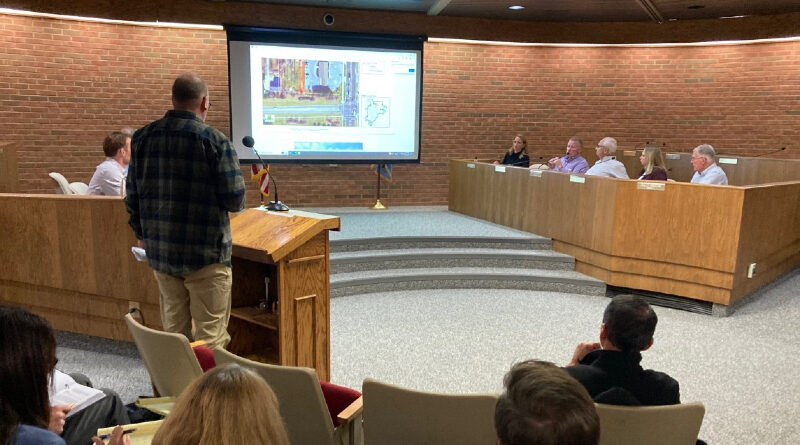 The Findlay City Planning Commission voted to deny a request to rezone a property that would be part of a proposed McDonald’s on the south side of town.

The commission did vote to approve a request to vacate an alley that would be part of the project.

However, at the following meeting of the City Council Planning and Zoning Subcommittee, the rezoning request was tabled to allow McDonald’s time to address some concerns raised by residents and commission members.

A property owner wants to put a McDonald’s in place of the Fifth Third Bank at the northwest corner of South Main Street and Sixth Street/Lake Cascades Parkway in Findlay.

To make the plan work, they would have had to get a house on West McPherson Avenue that’s behind the bank rezoned to commercial and also get an alley vacated.

Traffic and pedestrian safety concerns were among the biggest issues raised by several residents who spoke out against the proposal, and from members of the commission.

“It’s just a busy intersection first and foremost, and at the end of the day it’s a residential neighborhood,” said Rob Martin, Findlay Service-Safety Director and member of the planning commission.

“We feel there’s a great opportunity and potential for that lot and parcel to have something, but McDonald’s just doesn’t seem like it’s a good fit there.”

McDonald’s could still try to fit the restaurant where the Fifth Third Bank Bank is located, and present those plans to the planning commission, and Martin said the commission would consider the plan if presented to them.

The planning commission is also recommending to city council to place a six-month moratorium on any new dollar-thrift stores and skill-based gaming businesses, as the city decides how to proceed with zoning for such businesses.

The Hancock Historical Museum will host its annual Christmas Open House on Saturday, December 3rd and Sunday, December 4th. The