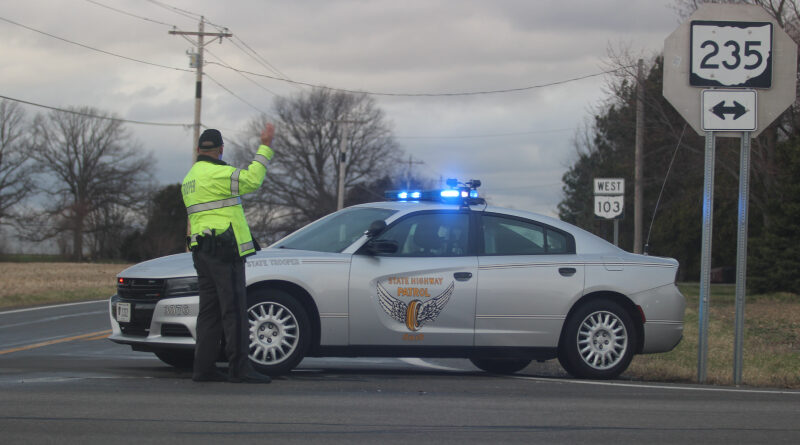 The third suspect police had been looking for in connection with the death of a Bluffton police officer has been taken into custody.

The Ohio State Highway Patrol said the suspect was located at around 12:50 p.m. Thursday.

The police pursuit started in Marion County at around 2 a.m. Thursday when troopers tried to stop an Infiniti sedan for speeding.

The pursuit entered Hancock County on State Route 15 and went southbound on Interstate 75. 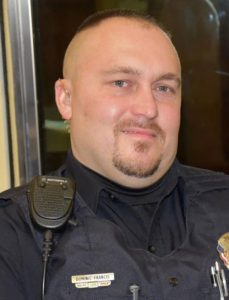 Bluffton officer Dominic Francis was placing stop sticks on the interstate when he was struck by the fleeing vehicle and killed.

Three people fled the vehicle. One suspect stole a car from a residence on County Road 29 and was ultimately taken into custody hours later in Elyria, in northeast Ohio, during a traffic stop.

A second suspect was taken into custody near the residence where the car was stolen.

The third suspect remained on the loose for a while but was apprehended at around 1 p.m. Thursday.

“He was an outstanding police officer and his heart was big.”

Burkholder said not only was Francis a police officer but he was very involved in the community as a teacher, coach and bus driver for Cory-Rawson.

In honor of the life and legacy of Officer Dominic Francis, Governor DeWine has ordered that flags be flown at half-staff on all public buildings and grounds in Hancock and Allen Counties, as well as in Columbus at the Statehouse, Riffe Center, and Rhodes Tower.