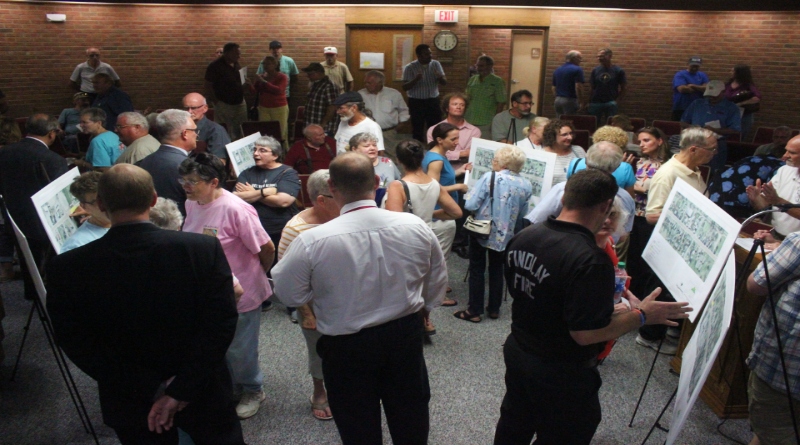 People packed an open house to let the City of Findlay know what they think about the proposed Blanchard Street project.

Most people in the crowd were against the proposed project, which would reconfigure Blanchard into one through lane and one bike lane in either direction and add a dedicated left turn lane.

However, a few people in attendance, like Susan Baker, would like to see the project move forward.

“We’d like to see more bike lanes around town so we could bike more and in a safer environment.”

The project also calls for a multi-use trail on Lincoln Street from Cory Street to Blanchard Street.

People against the project grew frustrated at the open house and took an impromptu show of hands to show the mayor how many people are against it.

The city says the project will improve safety at 17 intersections along the Blanchard Street corridor and reduce rear-end and T-bone crashes.

If you missed the open house, you still have time to submit your comments on the proposed project until September 6th.