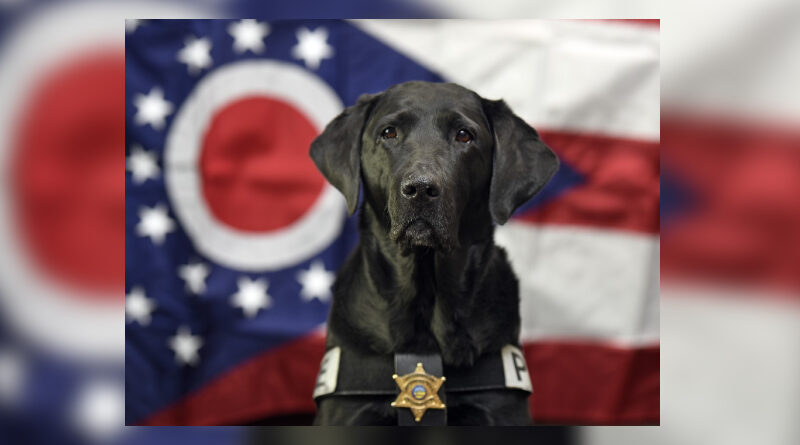 The State Fire Marshal’s Office is mourning the loss of a retired accelerant detection canine who recently passed away.

India served the investigative bureau from February 2011 until her retirement in January 2018.

“She was an extremely personable and skilled Labrador and we will all miss her.”

India started out at a guide dog training facility until being dropped from the program because of her constant sniffing while in training.

She was quickly found by ATF accelerant trainers and excelled in the program.

India began her career at the State Fire Marshal’s Fire and Explosion Investigations Bureau in 2011 and was based out of Tuscarawas County with handler John Weber.

India was trained in the food reward methodology and by all accounts loved her training and work in the fire scenes.

She was an asset to the safety of all the citizens of Ohio.