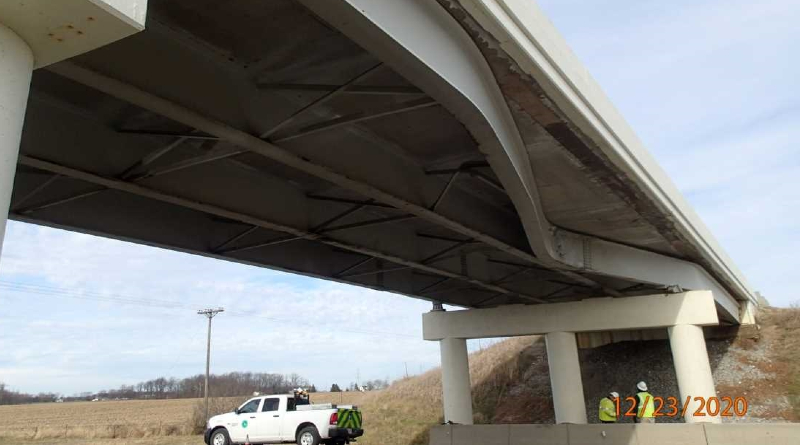 The Ohio Department of Transportation says Slabtown Road over U.S. 30 in Allen County will remain closed through the middle of the summer.

The bridge was struck by an over-height boom truck in December.

Repair work on the bridge could begin as early as mid-April.

Get more details below from ODOT.

The Slabtown Road bridge over U.S. 30 was extensively damaged on December 22 by an over-height vehicle.

The next day, U.S. 30 westbound was closed to remove a section of the damaged deck and the steel beam to ensure the safety of motorists traveling under the bridge.

ODOT and the Allen County Engineer’s Office have completed the initial scope for the repair of the Slabtown Road bridge over U.S. 30, which closed in December due to a bridge strike.

The tentative schedule for the repairs sets construction to begin as early as mid-April and will take approximately 60 days to complete.

The repairs for the Slabtown Road overhead will include removing and replacing all the bridge deck over the westbound portion of U.S. 30.

The section of damaged beam that has already been removed will be replaced. One other steel beam will need heat-straightening.

The start date for the repairs will hinge on how quickly the replacement beam can be custom-fabricated.

The timetable for this special order depends on several factors and it could take a couple of months for the beam to be delivered.

Prior to the crash, the bridge was in good condition and no upcoming maintenance work was planned for the bridge.

Slabtown Road over U.S. 30, in Allen Co., will remain closed through mid-summer. The repair work for this bridge that was struck by an over-height vehicle could begin as early as mid-April.