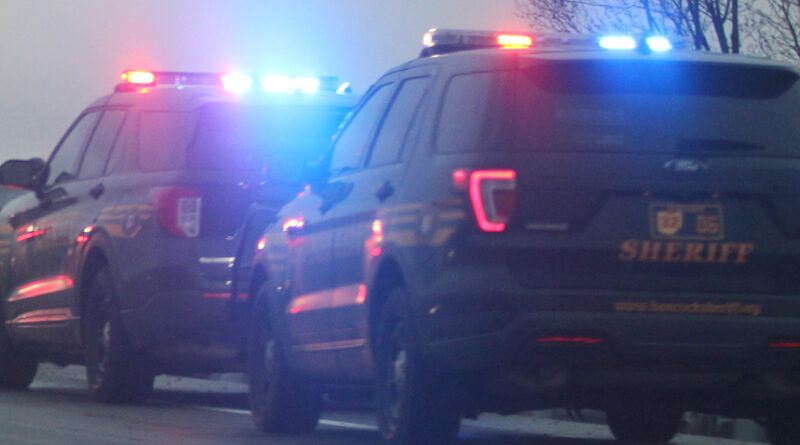 A person involved in a vehicle pursuit was apprehended after fleeing on foot and barricading himself in an attic, according to the Hancock County Sheriff’s Office.

The sheriff’s office said it assisted the North Baltimore Police Department in a vehicle pursuit on Interstate 75 in Findlay on Wednesday night due to a fleeing, suicidal subject.

The pursuit ended near County Road 8 and County Road 26, near Houcktown, when the individual barricaded himself in a nearby garage attic.

The sheriff’s office said negotiations with the male subject were unsuccessful and a PepperBall Powder irritant was deployed.

The male was taken into custody and turned over to the North Baltimore Police Department.