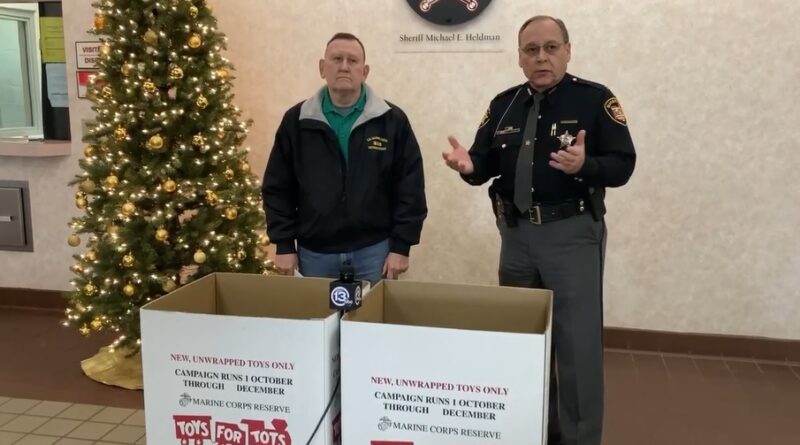 Hancock County Sheriff Michael Heldman has announced that two Toys for Tots drop-off boxes will be available in the sheriff’s office lobby to help the organization recover from the theft of $20,000 in toys a few weeks back. (video below)

He says the drop-off boxes will be available 24/7 over the next few weeks and hopes people stop by to donate a toy or two.

Larry DeVelvis, the Toys for Tots coordinator for Hancock and southern Wood County, discovered the theft on November 15th.

Despite this setback, he says they plan on helping as many kids as ever this holiday season.

In the video you can see the Special Deputies Organization handing Larry a check for $750 and the group Yield (Young Individuals Educating Local Drivers) presenting him a check for $500.

As for the theft, Sheriff Heldman said investigators were following up on some leads but had no suspects as of Monday afternoon.