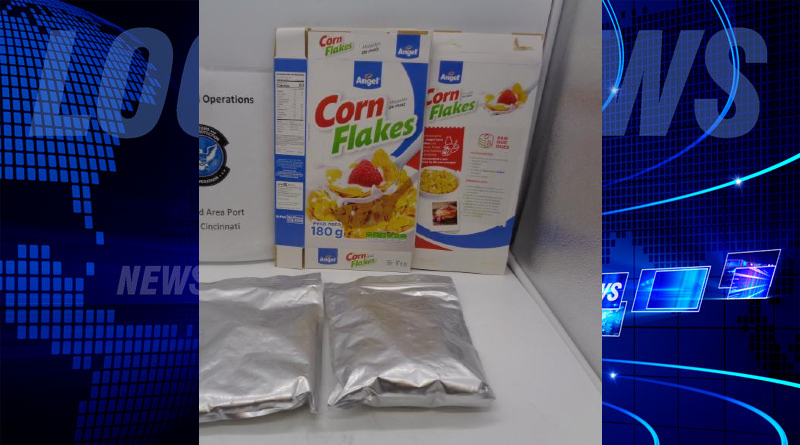 Customs authorities in Ohio say they intercepted a shipment of cereal earlier this month with a special “frosting”.

U.S. Customs and Border Protection officers in Cincinnati reported finding more than 40 pounds of cocaine-coated corn flakes that was being shipped from South America to a private residence in Hong Kong.

Officials said a drug sniffing K9 named Bico was checking out incoming freight from Peru on February 13 when he alerted officers to the package.

Officers found that the cereal contained white powder and the flakes were coated with a grayish substance, and both tested positive for cocaine.

U.S. Customs and Border Protection said shipment contained about 44 pounds of cocaine-coated corn flakes, which could have a street value of up to $2,822,400.

#ICYMI: That's not Frosted Flakes—CBP K9 “Bico” sniffed out 44lbs of cocaine in a shipment of cereal originating from South America. https://t.co/IUHgcVtxz5 pic.twitter.com/eY2epmlK1Q