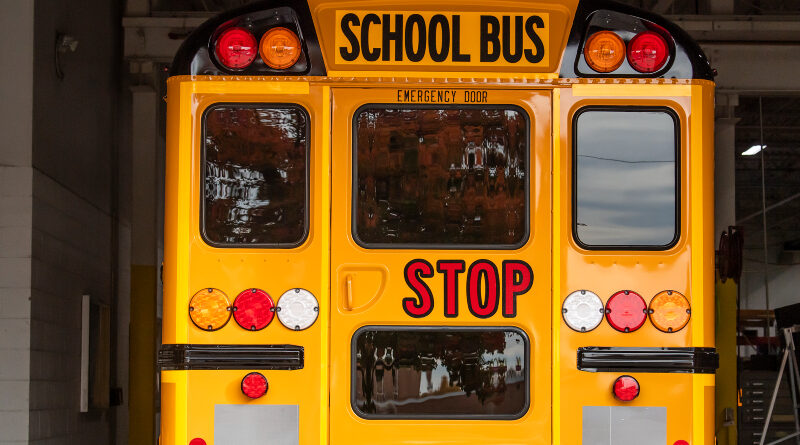 The Ohio State Highway Patrol and Ohio Department of Transportation have announced an effort between multiple state agencies and private sector businesses to make Ohio school buses more visible to other motorists and safer for the 1.6 million students transported on them.

The Ohio State Highway Patrol (OSHP), the Ohio Department of Transportation (ODOT), and Ohio Department of Education (ODE) have partnered to create new highly-reflective “STOP” decals for the rear of every school bus in the state.

In the coming months, each of the state’s nearly 20,000 school buses will be outfitted with the new decals which make buses more visible in both daylight and at nighttime. The decals are being printed by ODOT’s Sign Shop and will be provided to the schools at no cost.

The idea was brought about by troopers in the Patrol’s Licensing and Commercial Standard Unit. They saw a need for increased visibility and worked with ODOT, ODE, manufacturers, and various safety committees to vet the idea. During their research, Ohio troopers found no other state offering such a safety mechanism.

“I am beyond proud of the troopers and professional staff who worked tirelessly to see this through,” said Colonel Charles A. Jones, OSHP superintendent.

“Their dedication will have a positive impact on the students who rely on buses to transport them to and from school and school-related events safely each day.”

OSHP & @ODOT_Statewide announced an effort between multiple agencies & businesses that will make Ohio school buses more visible & safer with highly-reflective “STOP” decals. Troopers from the LCS Unit were awarded Certificates of Recognition for their idea & dedication to safety. pic.twitter.com/kzu1o6iBSU