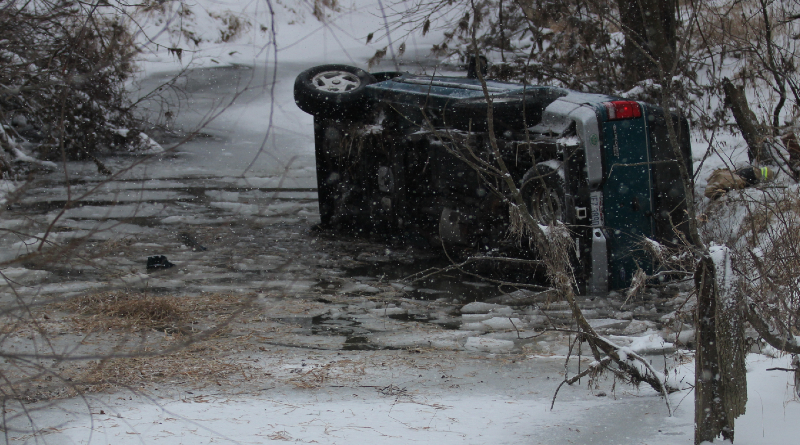 Slick, snowy roads have been causing quite a few crashes lately, especially on Monday afternoon and evening.

On Monday afternoon, a Ford Explorer went off of County Road 313 and into an icy creek a little southwest Findlay.

Responders told us at the scene that the driver was able to get out on their own and was not injured.

See video from the scene below.

There was also a semi vs car crash on Interstate 75 near Trenton Avenue on Monday night as well as several slide-offs on the interstate.

We’ll be getting a break from the snow on Tuesday, with partly sunny skies in the forecast and a high pushing 30.