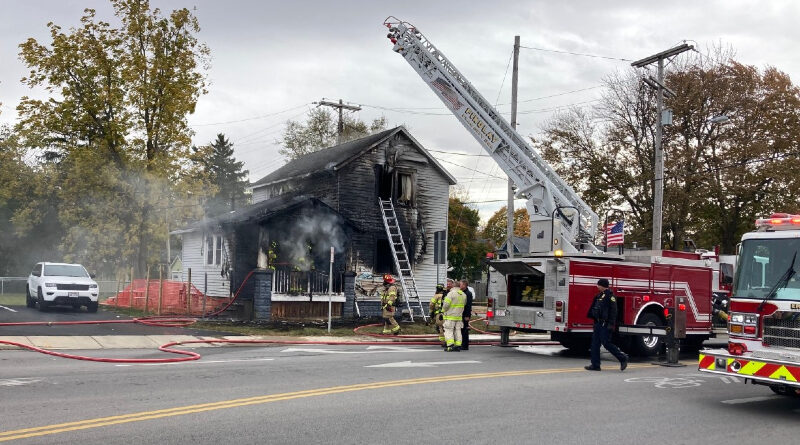 The Findlay Fire Department says two people were taken to Blanchard Valley Hospital from the scene of a house fire on Thursday morning.

The fire was at 315 North Blanchard Street, which is a little south of Tiffin Avenue.

Responding fire crews found one victim outside that was pulled from the house by a passerby, and located another on the second floor.

Crews from all four Findlay fire stations responded to the scene and quickly knocked down the fire.

The cause of the fire is under investigation by the Findlay Fire Department, and the State Fire Marshal’s Office has been called in to assist.

Below is video from the scene, including an interview with Assistant Chief Brian Sanders.