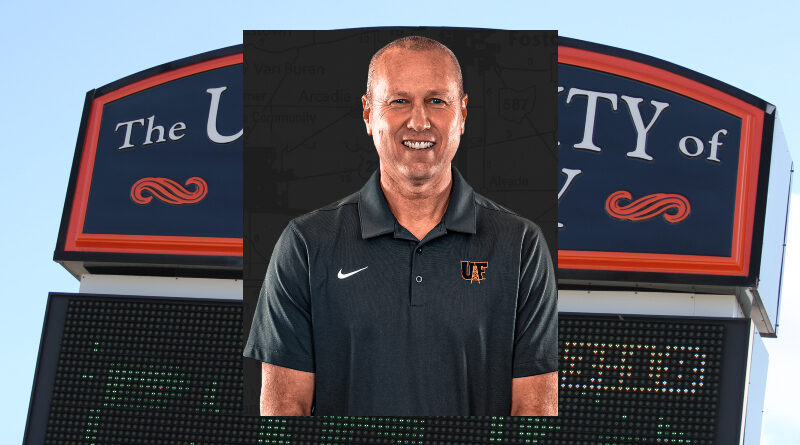 The University of Findlay Department of Athletics has undergone a change in leadership as Jim Givens, who has been in the department for 25 years, has been named as the next Director of Athletics. He is just the third person to hold that role since the year 2000, following Steve Rackley (1999-2015) and Brandi Laurita (2015-2022).

Givens has spent more than two decades serving in multiple administrative roles for the Oilers, most recently as the Senior Associate Athletic Director. In that role, he was responsible for budget review and allocation of 22 NCAA II intercollegiate programs as well as leading development initiatives within the department.  Givens also oversaw the game management staff as well and coordinates all athletic transportation for program travel.

“Findlay is and has been a very special place to me and I am excited to begin a new role as the next Director of Athletics of this great institution”, said Givens. “While my title may be changing, I will strive to continue in the same manner I have in the past, one that exudes our department philosophy of a personal approach and a championship experience. Our department has been a premier destination in the region for many years because of our people and programs. We will continue to work diligently to ensure that does not change. The future is bright here and I am ready to help guide this department towards continued success. Go Oilers.”

A native of Findlay, Ohio, Givens attended college at Kent State where he was a successful baseball player for the Golden Flashes. After five years in the Detroit Tigers organization, Givens returned to Findlay where, in 1997, he began his time at UF as the head baseball coach. He then transitioned into an administrative role and has served the institution in that capacity ever since.

Vice President for Student Affairs and Athletics and former Director of Athletics Brandi Laurita said, “Over the last year of transition, Jim has made it clear that he possesses the leadership, vision, and passion to lead our Department of Athletics into the future. We are excited to see many future successes under Jim’s leadership.” Laurita will remain involved as the department’s Senior Woman Administrator (SWA).

Givens continued, “I’m extremely thankful for this opportunity to walk alongside the strong leadership team at UF.  It is something I don’t take lightly and look forward to.  Our athletic staff is one I would put up against any in the country.  There is not a group of people I would rather surround myself with to continue to provide a championship experience and serve our student-athletes each and every day.  Our staff believes in our pursuit of our mission of equipping our students for meaningful lives and productive careers.  This is extremely important to all of us and together we will enjoy the wonderful outcomes.”

(story and pic courtesy of UF)