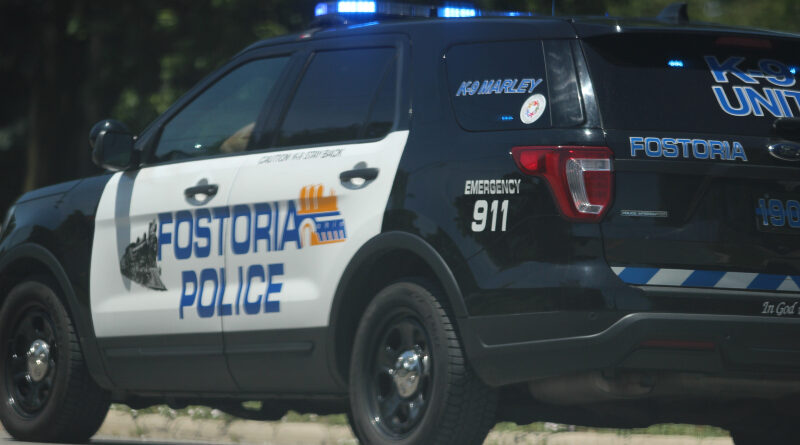 The Fostoria Police Division says a juvenile crashed a vehicle that was stolen from Findlay into a reservoir as he was fleeing from police.

The police department says an officer saw the vehicle run a stop sign at around 7:45 Tuesday night and attempted to stop the vehicle.

Police say the driver refused to stop and a pursuit ensued.

While searching for the vehicle, police learned that the driver had lost control and drove into Reservoir 2 near Lakeview Drive.

The driver was able to get out of the vehicle and ran from the scene.

He was located and apprehended by police.

The 15-year-old was taken to ProMedica Fostoria Community Hospital as a precaution.

He was then released to a parent and will be facing charges of theft of a motor vehicle and failure to comply.