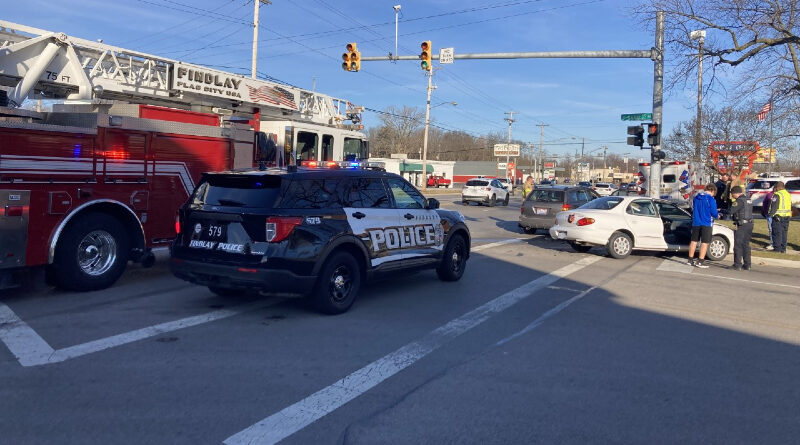 A woman was taken to Blanchard Valley Hospital after being involved in a car crash in Findlay.

The crash happened Thursday afternoon at the intersection of Tiffin Avenue and McManness Avenue.

Police say Shirley Gray, 80, of Findlay, was driving a Pontiac Vibe and was waiting to turn left from Tiffin Avenue southbound onto McManness Avenue when she failed to yield and was struck by a car that was eastbound on Tiffin Avenue.

Shirley was taken to BVH for possible neck and back injuries.

Police issued her a citation for failure to yield.

Both vehicles were towed from the scene by Dick’s Towing.