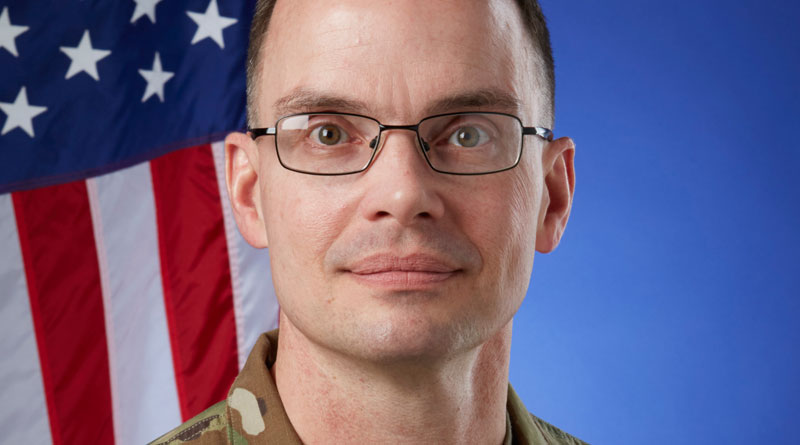 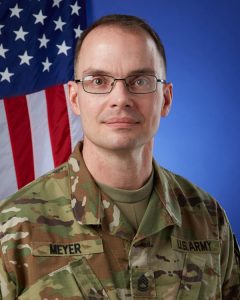 During his first enlistment in the 1980’s, Meyer visited West and East Berlin, Germany, when the city and country were still divided.
In addition to assignments in Germany, Hawaii, and several continental U.S. states, Meyer deployed to Iraq, the Philippines and Kuwait, and visited Alaska, Iwo Jima, Guam and Japan.

His last assignment was at the Army and Air Force Exchange Service headquarters in Dallas, where he accepted a position in corporate communications upon retiring.

Meyer is the son of Charles and Jeanette Meyer of Ottawa, Ohio.
He is a 1984 graduate of Ottawa-Glandorf High School, Ottawa. He earned a bachelor’s degree in 1992 from Ohio University, Athens, Ohio.