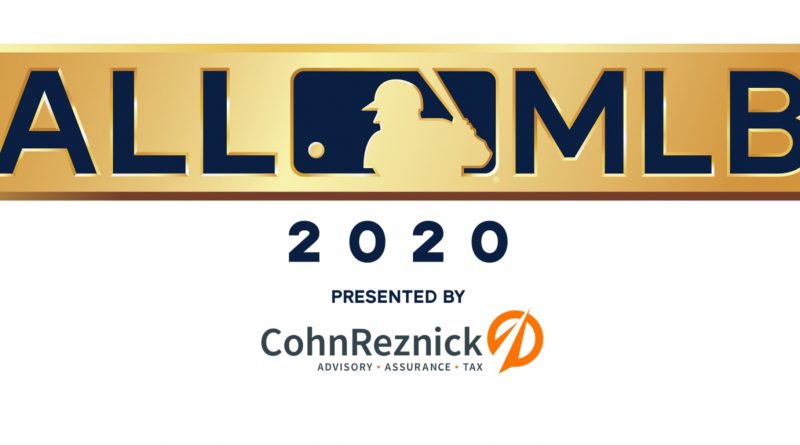 Finalists for the 2020 All-MLB Team presented by CohnReznick were revealed Sunday, with MLB Network’s exclusive announcement of this year’s official All-MLB Team set for Wednesday at 7 p.m. ET. This year marks the second annual selection of the All-MLB Team, which recognizes and commemorates the top performances by players

Finalists for the 2020 All-MLB Team presented by CohnReznick were revealed Sunday, with MLB Network’s exclusive announcement of this year’s official All-MLB Team set for Wednesday at 7 p.m. ET.

This year marks the second annual selection of the All-MLB Team, which recognizes and commemorates the top performances by players in the regular season.

Like 2019, the All-MLB Team will be split into a first and second team, each with one catcher, first baseman, second baseman, third baseman, shortstop and designated hitter, plus three outfielders, five starting pitchers and two relievers.

The selection process, featuring a star-studded group of nominees, started in early November, with 50% of the vote coming from fans and 50% coming from a panel of experts. Fans were able to vote once every 24 hours until 2 p.m. on Nov. 13.

Here’s a look at the 2020 All-MLB Team finalists, listed alphabetically by position.

The 2020 season saw d’Arnaud thrive (.321/.386/.533, nine homers) in his first year with the Braves, while Perez returned from Tommy John surgery to hit .333 with 11 homers and a .986 OPS for the Royals. As for Realmuto, he continued to show outstanding skills on both sides of the ball, remaining an elite pitch-framer while contributing an .840 OPS over 47 games for the Phillies.

This position is as impressive as it gets, featuring both of this year’s MVP Award winners in Abreu and Freeman as well as the Major League home run leader in Voit. Abreu led MLB in RBIs (60) and total bases (148) and the American League in hits (76) and slugging percentage (.617), while Freeman topped all players in doubles (23) and runs (51) while posting a 1.102 OPS. As for Voit, he went deep 22 times and drove in 52 runs over 56 games.

Cronenworth was one of the top rookies in the game this past season, slashing .285/.354/.477 over 54 games for the Padres. LeMahieu, meanwhile, followed up a stellar showing in 2019 with a terrific encore, winning the MLB batting title with a .364 average and leading the AL in on-base percentage (.421) and OPS (1.011). However, LeMahieu’s Yankees finished second in the AL East to the Rays, thanks in part to Lowe’s 14 homers and .916 OPS.

After an underwhelming first season with the Padres, Machado registered career highs in average (.304), on-base percentage (.370) and slugging (.580) while playing all 60 games in 2020. Ramírez also rebounded from an up-and-down campaign, blasting 17 homers, scoring an AL-best 45 runs and recording a .993 OPS for the Indians. And Turner remained a consistent performer for the Dodgers, hitting .307 with a .400 on-base percentage.

Tatis was one of the biggest stories of the year, turning heads with his electric skill set and finishing with 17 homers, 11 steals and a .937 OPS. Seager actually outperformed the Padres shortstop by a slight margin in that final category, recording a .943 OPS along with his .307 average and 15 homers. And Turner produced a big league-leading 78 hits with 12 homers, 12 steals and a .335/.394/.588 slash line.

Bieber and Bauer won the Cy Young Award in their respective leagues this past season, and they are joined here by the pitchers who finished second (Maeda), third (Ryu), fourth (Cole) and fifth (Keuchel) in the AL race, as well as the hurlers who placed second (Darvish), third (deGrom), fourth (Lamet), fifth (Fried), seventh (Nola) and ninth (Kershaw) in the NL voting.