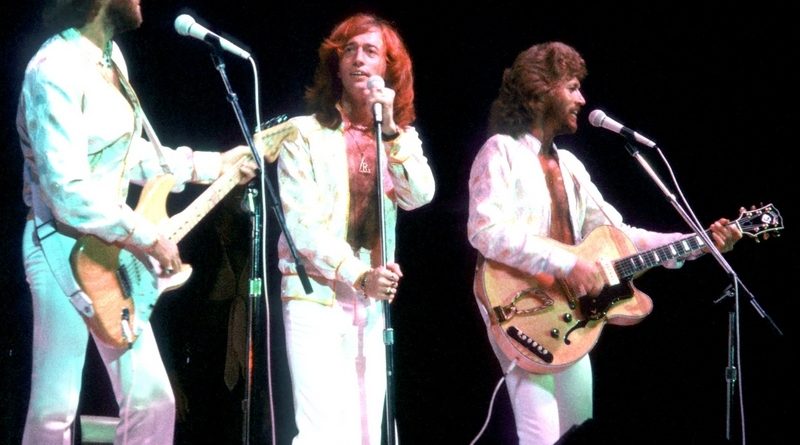 It was 38 years ago this week (February 2nd, 1973) that the late night rock show The Midnight Special premiered on NBC. The show’s pilot had aired in 1972, and went on to create a buzz the next year when it followed late night king Johnny Carson. The Midnight Special originally aired at 1 a.m. on Saturday mornings, but when Carson scaled The Tonight Show down from 90 minutes to an hour, the show moved up to 12:30 a.m.

Paul Brownstein, who distributed the show for owner and producer Burt Sugarman, told author Ed Robertson, “Back then, a band would come to Los Angeles on Saturday and lip-sync their hit on American Bandstand, then go to the Santa Monica Civic Auditorium on Sunday and do Don Kirshner’s Rock Concert — which was syndicated. If they really wanted major television exposure, though, they’d have to go to NBC in Burbank and do The Midnight Special, because that was the only opportunity for a network TV gig at the time. They would perform with live vocals, and the concert would air that (Saturday morning) — before a huge audience.”

Over the years, most of the day’s top rock, pop, and disco acts appeared on the stage — with many acting as the revolving guest host. Celebrity DJ Wolfman Jack, who hosted many of the shows as well, was often on hand to introduce the groups and sometimes briefly interview them as well.

The Midnight Special was canceled in May 1981 and replaced with the Canadian comedy show SCTV Network 90, an expanded version of the popular SCTV. In 1997, VH1 aired many of The Midnight Special episodes, many of which hadn’t been seen since their initial broadcast.

Out now on DVD is a highlights package, titled The Midnight Special Collector’s Edition, is being sold in three different formats: 11-DVDs, six-DVDs, and a single DVD.

Blondie’s co-founder and keyboardist Jimmy Destri credits Debbie Harry‘s movie star looks for keeping the band in step with cutting edge fashion — a fact that was especially underlined on the band’s TV appearances: [“A major part of that was Debbie. When you’ve got somebody that looks like that in your band, you’re sort of lifted up by the power of your lead person. y’know? You’ve gotta strive to look better and better. So we used to like really carefully try and put the persona on. Actually Clem said this a while back, when we had the reunion, he said, ‘Well, look at us. . .’ — there was a picture of us without Debbie, like waiting for her, for her makeup, and we look like Oasis (laughs). Y’know?”] SOUNDCUE (:24 OC: . . . like Oasis (laughs) Y’know?)