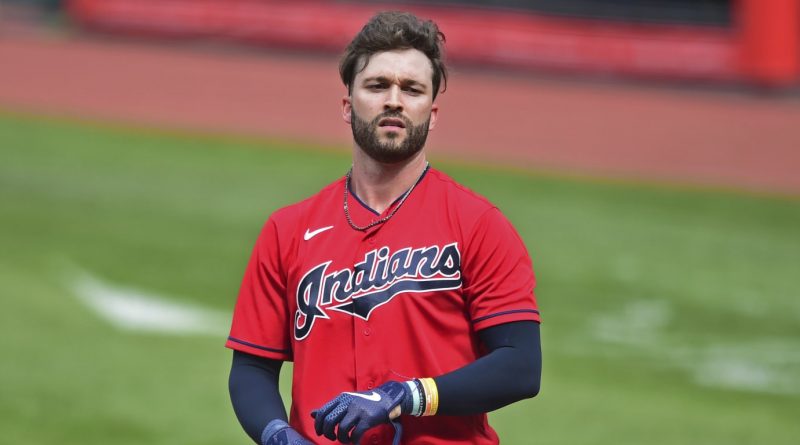 CLEVELAND — Because the Indians’ overcrowded outfield struggled offensively this past season, it seemed likely that at least one of their arbitration-eligible outfielders would not be tendered a contract before Wednesday’s 8 p.m. ET deadline, and that proved to be the case. A source confirmed to MLB.com’s Mark Feinsand that

CLEVELAND — Because the Indians’ overcrowded outfield struggled offensively this past season, it seemed likely that at least one of their arbitration-eligible outfielders would not be tendered a contract before Wednesday’s 8 p.m. ET deadline, and that proved to be the case.

A source confirmed to MLB.com’s Mark Feinsand that the Indians did not tender outfielder Tyler Naquin a contract for next season. The Tribe has five remaining arbitration-eligible players to be tendered: Francisco Lindor, Austin Hedges, Nick Wittgren, Delino DeShieldsand Phil Maton.

Because the club had been transparent about its financial losses due to the pandemic, it was expected for at least one of its six arbitration-eligible players to get non-tendered. According to MLB Trade Rumors, Naquin was projected to make the fourth-highest salary of the six (behind Lindor, Hedges and DeShields), ranging between $1.8 million and $2.4 million.

Naquin was a former first-round Draft pick and promising up-and-coming outfielder when he broke into the Majors in 2016. He hit .296 with an .886 OPS, 14 homers and 43 RBIs in 116 games during his rookie season. Then, he struggled to stay healthy.

He battled through lower back issues, a hamstring strain, a hip strain that led to hip surgery, a calf strain, ACL surgery and a hairline fracture in his right big toe over the past four seasons, limiting him to just 209 games in that span. Naquin was having his best and healthiest season since his rookie year in 2019, hitting .288 with a .792 OPS in 89 games, when it came to an abrupt end after he tore his ACL while attempting to avoid the outfield wall while making a catch at Tropicana Field.

Naquin returned in 2020 ready to play during the first month of the regular season, but the pandemic gave him more time to rehab his knee in order for him to take part in all baseball activities during Summer Camp in July. However, during an exhibition game against the Pirates just before Opening Day, he fouled a ball off his right foot, which caused him to miss the beginning of the season. Naquin still played in 40 of the Tribe’s 60 games, though he hit just .218 with a .632 OPS, eight doubles, four homers, 20 RBIs and 40 strikeouts.

The Indians will be looking for different answers to their struggling outfield for next season, after the group combined to log the second-worst batting average (.194) and the worst slugging percentage (.300) in the Majors. Prospects Daniel Johnson and Nolan Jones, who has been getting a lot of reps in the outfield, may be the solutions the team attempts to turn to in 2021.