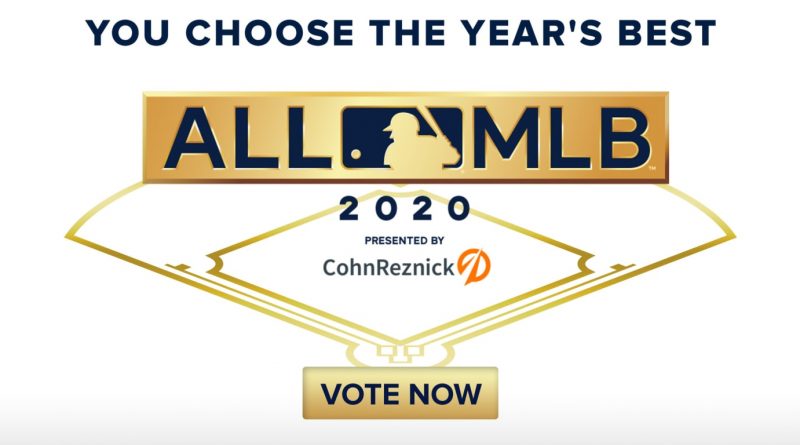 Major League Baseball introduced its first-ever All-MLB Team awards last year to give a more comprehensive honor that covered the full breadth of a big league season, complementing the All-Star Game selections that are awarded just past the season’s halfway point.

Major League Baseball introduced its first-ever All-MLB Team awards last year to give a more comprehensive honor that covered the full breadth of a big league season, complementing the All-Star Game selections that are awarded just past the season’s halfway point.

Now, the All-MLB Team is back for its second installment.

The selection process for the 2020 All-MLB Team presented by CohnReznick is underway and runs through 2 p.m. ET on Friday, Nov. 13, with 50% of the vote coming from fans and 50% coming from a panel of experts.

You can vote right here, and may continue to do so once every 24 hours between now and when voting ends on Nov. 13. The 2020 All-MLB Team will be announced on the week of Dec. 7.

There will be a first team and second team All-MLB, and voters are asked only to consider performance during the regular season when casting their ballots. Each team will include one selection at each position (including designated hitter and three outfielders, regardless of specific outfield position), five starting pitchers and two relievers. In order to include as many deserving candidates as is necessary in a given year, there will be no set number of nominees per position.

Winnowing the game’s stars down to a short list of 32 is difficult enough, but the shortened 60-game regular-season schedule caused by the coronavirus pandemic might make these races even tighter. How does one decide, for instance, between Abreu (19 HR, .987 OPS) and Freeman (13 HR, 1.102 OPS) for first-team honors at first base? The left side of the infield is absolutely stacked with matchups like Anderson (.322 BA) vs. World Series MVP Corey Seager (15 HR, 41 RBI) vs. Tatis (17 HR, 45 RBI, 11 SB) at shortstop, and Machado (16 HR, 47 RBI) vs. Ramírez (17 HR, 46 RBI, 10 SB) vs. Rendon (.915 OPS) at third base. And, somehow, only three outfielders can come away with first-team honors out of a pool that includes Acuña, Bryce Harper, Jiménez, Myers, Soto, Trout and Mike Yastrzemski.

So, all those tough decisions are now in front of you. All-Star Game selections still remain a high honor and a vital part of the game, but with the absence of the Midsummer Classic this year, the All-MLB Team honor carries even larger weight. Let the debates begin.

Matt Kelly is a reporter for MLB.com based in New York. Follow him on Twitter at @mattkellyMLB.