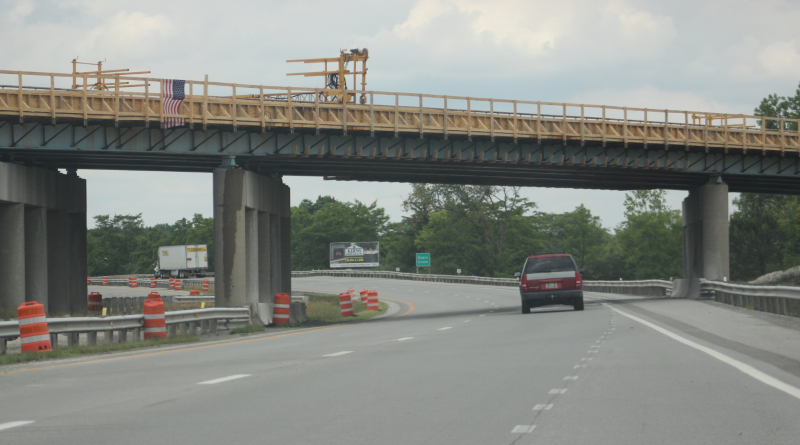 Good news for people who have been forced to take a detour for the past three months because of the bridge deck replacement project at U.S. 68 over State Route 15 on the south side of Findlay.

The Ohio Department of Transportation says the project is on schedule to be completed in the middle of July.

On March 16th, the U.S. 68 bridge over State Route 15 closed for a scheduled four month project to replace the bridge.

Just this week crews worked overnight to pour the bridge deck and ODOT snapped the picture below.

State Route 15 traffic has been maintained under the bridge although periodic lane closures have been necessary.

ODOT has been required to monitor a nearby bald eagles nest for distress during the project.

Officials say the bald eagles and their three eaglets have been doing fine.

Crews were still hard at work as the sun was rising this morning on the bridge deck pour on U.S. 68 over SR 15, just south of Findlay. They arrived at 10 p.m. last night to begin final preparations. Thank you to everyone who worked to make it a good night and a safe work zone. pic.twitter.com/oQE0QlUCt1