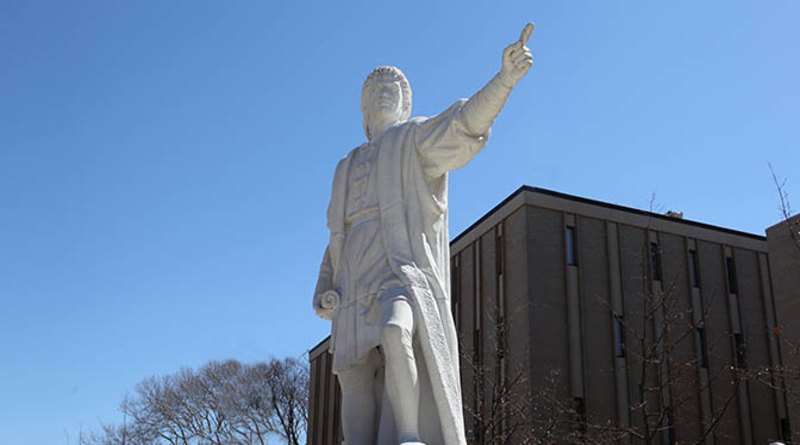 Officials at Columbus State Community College are going to remove the large statue of Christopher Columbus from the campus.

CSCC President David Harrison released a statement about the decision, saying it’s being done as part of the school’s commitment to accelerate the fight against systemic racism.

“This decision did not emerge solely in the wake of the senseless murders of George Floyd, Breonna Taylor, Tony McDade, and Ahmaud Arbery but was a years-long dialogue out of concern and support for students of color who have been harmed and traumatized by systemic racism,” Harrison said.

Central Ohio Native American groups have long called for the removal of the statue.

Harrison said a new art installation would be chosen later to be erected at the site of the statue.

“In taking this action, we are being mindful of societal change and forward movement,” said Columbus State Board of Trustees President Anthony Joseph. https://t.co/JUyFuLL9Zt