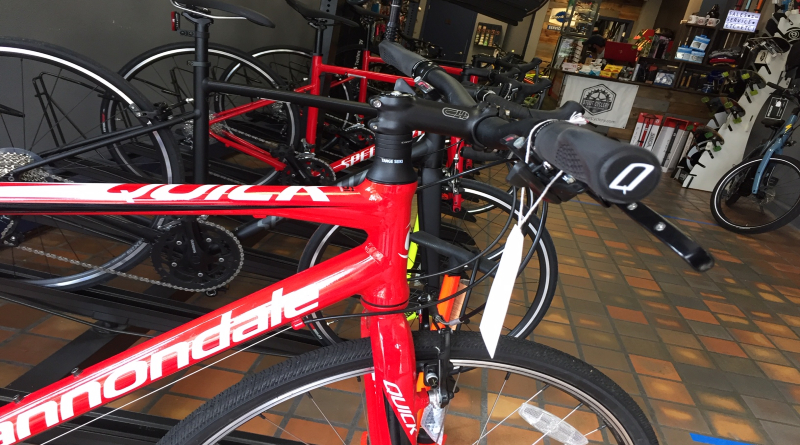 Bicycle sales have been soaring since the pandemic began, with big box stores selling out and smaller independent shops doing tremendous business as well.

“What we did in the first month of the lockdown was probably about as much as we did in most of the year last year.”

Sprunger says, with people at home during the pandemic, many have decided to get that old bike out of the garage and get it tuned up or even just buy a new bike, or several.

He says families have come in to get a new bike for each family member.

And he says more people are starting to bicycle for fitness because gyms were closed for so long and they needed another way to stay in shape.

Sprunger (below working on a bike) says bike makers just can’t keep up with the demand.

“Everything they had built for the whole year is gone, to where they’re going back to the factories and saying let’s build more, and even those are being sold out.”

In his shop, Sprunger says they have a few entry level road bikes left but all the hybrids are gone.

He says it’s an exciting time for bicycling and a good time to talk about bicycle safety because so many more bikes are out there now.