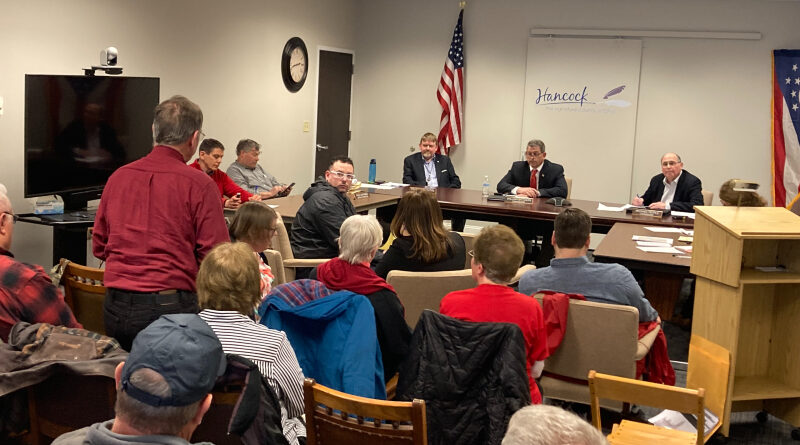 The Hancock County Board of Commissioners voted 2-1 to approve a resolution enacting exclusion zones in most unincorporated areas of the county to prohibit wind and solar projects.

The vote came after a public hearing was held on the issue at the commissioner’s Tuesday afternoon meeting.

At the public hearing, several people spoke out against proposed solar projects, citing concerns about the negative impact on property values and the environment.

And he pointed out that a law passed last year already gives county commissioners in Ohio more oversight when it comes to approving wind and solar projects on a case-by-case basis.

Mayle points out that two solar projects planned for the Arcadia area are not subject to the exclusion zone resolution because the projects were proposed before the new law giving commissioners more oversight took effect, but he’s concerned about the effect on future projects.

“This 2-1 decision jeopardizes significant investment in the future by limiting energy options for manufacturing, distribution/logistics, data centers and other power users,” Mayle said.

Commissioners William Bateson and Mike Pepple voted for the resolution while Tim Bechtol voted against it.

“I’m a farmer and I look at it as are solar panels greener, better for the environment than what we’re doing right now, than what we’re growing there,” Bateson told WFIN.

Below is the full resolution concerning exclusion zones along with a map of the county.