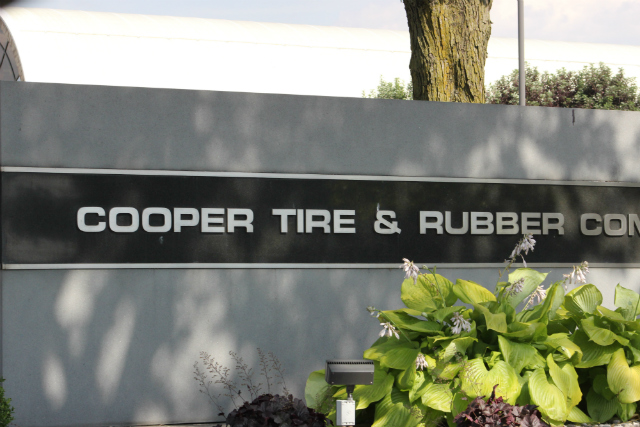 Details are in the following news release from Cooper Tire.

The Roy V. Armes Scholarship, a renewable scholarship which provides up to $5,000 over the next four years, was awarded to one student, and Cooper Centennial Scholarships, in the amount of $1,000 each, were awarded to five students.

The Roy V. Armes Scholarship was established in 2016 to honor former Cooper Chairman, Chief Executive Officer and President, Roy Armes, upon his retirement. Armes served Cooper for nearly a decade, and this fund was created in recognition of his many contributions and achievements. The scholarship is focused on high-achieving students who will attend a four-year institution of higher learning to pursue careers in business or engineering and goes to the child of a Cooper employee in the United States.

The recipient of the Roy V. Armes Scholarship is:

Mitchel Schroeder Mitchel is the 18-year-old son of Kim Schroeder, who works in Distribution and Operations Planning at Coopers Findlay, Ohio headquarters, and her husband Roy. A salutatorian of Ottawa-Glandorf High School in Ottawa, Ohio, Mitchel intends to pursue a degree in mechanical engineering at The Ohio State University in the fall. He was a member of the National Honor Society, Key Club vice president, Game Guys founder and vice president, soccer captain, and participated in tennis, baseball, and CYO basketball. He has also served as a Sunday school teacher at St. John the Baptist church and volunteered for Putnam County HomeCare & Hospice.

The Cooper Centennial Scholarship is in its sixth year and was originated to commemorate the companys 100th anniversary in 2014. The scholarship is available to the children of Cooper employees in the U.S. who are outstanding high school seniors and who will pursue degrees at a college, university or technical school.

Madeline Fulk Madeline is the 18-year-old daughter of Beth Fulk, an Engineer in Coopers Findlay, Ohio plant, and her husband Joshua. As a graduate of Findlay High School in Findlay, Ohio, Madeline plans to attend Kent State University and earn a degree in architecture. She is a piano player and competes in cheerleading. She also serves as a member of her churchs youth group, has taken six mission trips with her church, and supports youth by volunteering as a junior cheer coach.

Abigail Hatch Abigail is the 18-year-old daughter of Robert Hatch, who works within Original Equipment Sales at Coopers Findlay, Ohio headquarters, and his wife Arika. Abigail graduated from Liberty-Benton High School in Findlay, Ohio, and intends to pursue a degree in pharmacy at the University of Findlay. She was a member of National Honor Society, Fermata, the Blue Acapella group, Student Council, and played basketball and soccer. Abigails community involvement included participation in the 2019 Hancock Youth Leadership program, as well as service as a STRIDES leader.

Kyleen Hewitt Kyleen is the 18-year-old daughter of Jimmy Hewitt, who is a Section Manager at Coopers Texarkana, Arkansas tire manufacturing facility, and his wife Crystal. Kyleen is a graduate of Fouke High School in Fouke, Arkansas, and plans to attend Southern Arkansas University where she will study agribusiness. She was a member of the softball and trap shooting teams as well as active in Fouke FFA, Two Rivers 4-H Club, and BETA Club. Kyleen also volunteered with the Miller County Fair Association and the Circle J Cowboy Church youth group.

Madeline Parmelee Madeline is the 17-year-old daughter of Ray Parmelee, a Cooper Master Black Belt working in Findlay, Ohio, and Nicole Wortman. She graduated from Liberty-Benton High School in Findlay and, this fall, will pursue a degree in biology at Siena Heights University with the intention of going to medical school. In addition to playing soccer, Madeline also participated in her school musical and was a member of the National Honor Society. She was active in her community through ENGAGE and the Zach Morgan Memorial Soccer Tournament.

Maggie Rump Maggie is the 18-year-old daughter of Brad Rump who works in Testing Services at Coopers Findlay, Ohio headquarters, and his wife, Kara. Maggie is a graduate of Ottawa-Glandorf High School in Ottawa, Ohio. She plans to attend The Ohio State University at Lima as a pre-med student. She has served in a number of leadership roles including Key Club officer, Builders Club president, and Glamour Gals secretary. Maggie also participated in cross country and track and field, as well as religious education and youth group activities at St. Johns church in Glandorf.

“Coopers company purpose is to help everyone travel through lifes journeys with confidence, and to be there for people at every turn. This year, in particular, when graduating seniors had an unusual end to their school year, were proud to celebrate the accomplishments and invest in the future of such a deserving group of students,” said Chris Ball, Cooper Tire President Americas. “We wish these scholarship winners the best of luck on their continued education, and ultimately, their careers.”

Coopers scholarship programs are administered by the Findlay-Hancock County Community Foundation, an independent philanthropic agency that manages nearly 400 funds, including 115 scholarships. To be considered for these awards, each student is required to submit an application and essay. An independent committee of the Community Foundation then selects the winners. Since the inception of these two funds, Cooper has awarded 32 students with scholarships.