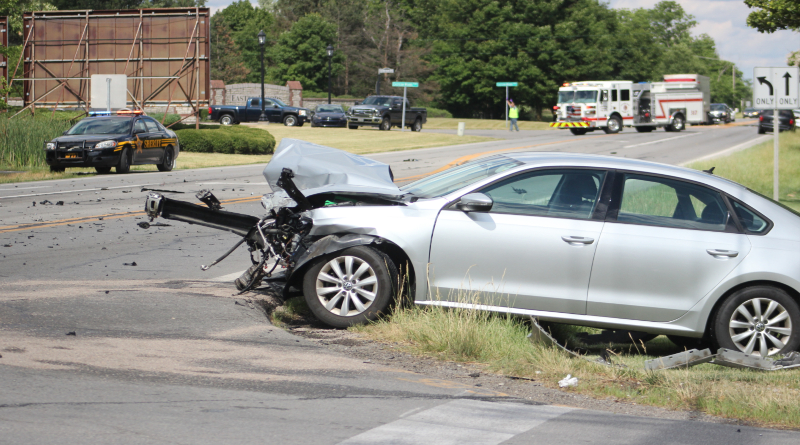 A driver was injured in a two-vehicle crash that shut down U.S. 224 just east of Findlay.

The crash happened at around 4:15 Wednesday afternoon at U.S. 224 and Township Road 237, near Shady Grove Golf Club.

The Hancock County Sheriff’s Office says Lauren Spaeth, of Findlay, was turning west from Township Road 237 onto U.S. 224 when she struck a car that was eastbound on U.S. 224 being driven by a Kayla Williams.

U.S. 224 was shut down for about an hour as the crash was investigated.