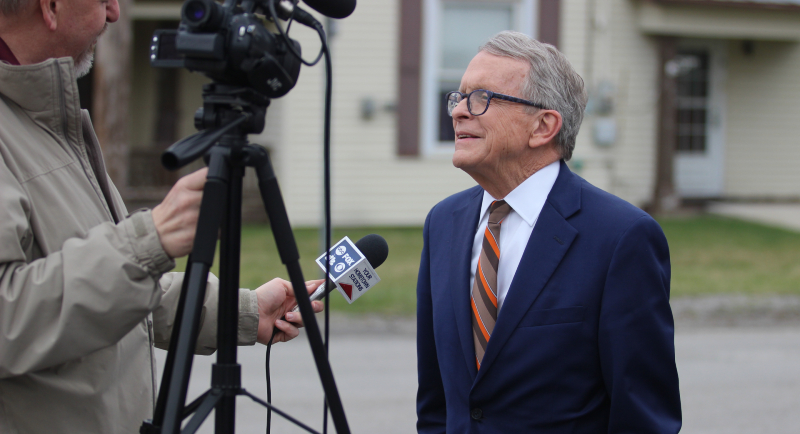 Republican Ohio Governor Mike DeWine survived a test of the far right’s sway as he seeks a second term in office.

DeWine handily won Tuesday’s primary despite losing the backing of some conservative groups who were angry over his aggressive pandemic policies.

DeWine was up against three far-right challengers in the primary, including former Congressman Jim Renacci.

DeWine and Whaley will now face off in the fall.

Thank you for everything, Senator. Let's win this. https://t.co/iKNCM1r1wz

Fran and I love meeting kids who love reading! At Napoleon Elementary this afternoon, Fran read "The Very Hungry Caterpillar" to the class, which is an @ImaginationOhio book! https://t.co/VZfXimxRMU pic.twitter.com/cFgdgExJpk