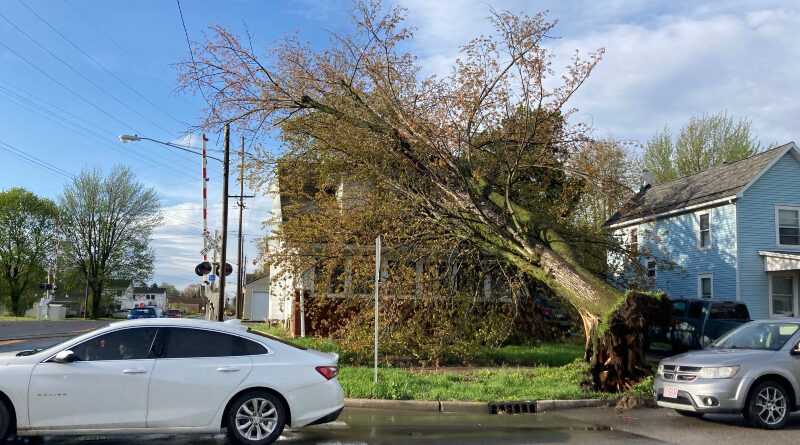 That line of severe storms that blew through Findlay Tuesday uprooted a tree and sent it crashing into a house.

It happened at the northeast corner of Sandusky Street and Western Avenue.

The people who live there said nobody was injured as the tree crashed into the house at around 5:45 p.m.

The storm brought down other trees as well as some wires and caused some power outages.

The storm produced a Tornado Warning for Hancock County and surrounding counties as radar indicated that the storm was rotating.

Wednesday’s forecast will be a lot quieter, with showers possible early and then mostly cloudy skies and a high reaching 61.

That line of severe storms that rumbled through Findlay uprooted this tree and sent it into this house at the NE corner of Sandusky and Western. The family says nobody was injured. https://t.co/ZJKmsZJTlj pic.twitter.com/fvsjw4sqG3