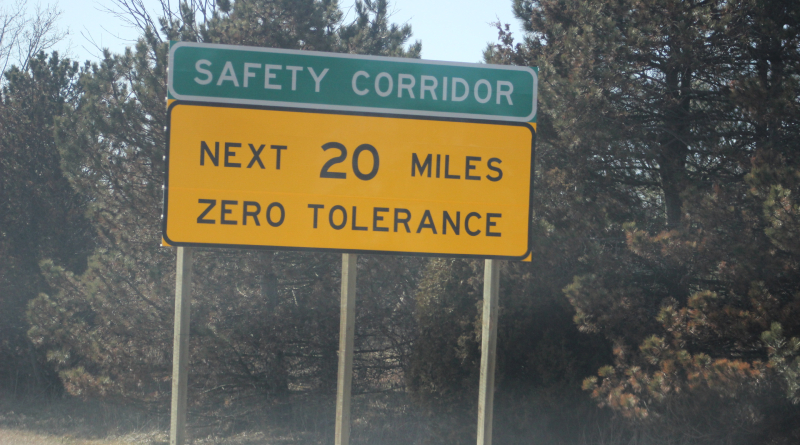 The stretch of Interstate 75 between Findlay and Beaverdam has been designated a Distracted Driving Safety Corridor with extra enforcement and higher fines.

Captain Altman, Commander of the Findlay Post of the Ohio State Highway Patrol says they see all kinds of distracted behavior behind the wheel.

“People on their cell phones, i-pads, eating cereal, reading newspapers, even studying for term papers, you name it and I guarantee law enforcement has seen it behind the wheel.”

And Lt. Matt Crow with the Findlay Post says he recently pulled over an 18-year-old in the construction zone at State Route 15 and Lima Avenue who was face-timing with his girlfriend.

“So, not only did he get a citation for the construction zone violation but also the enhanced penalty for the distracted driving violation.”

The Lt. says distracted driving incidents like that are becoming more and more common.

The 20-mile stretch of highway will be designated with signs that inform drivers of the dangers of driving distracted.

One of those signs reads “this could be your last text”.

The highway patrol says that stretch of highway saw more than 400 crashes over a three-year period, resulting in three deaths and nearly 80 injuries.

The corridor is the second of its kind in northwest Ohio. The first in the region is on U.S. 6 in Henry, Wood and Sandusky Counties.

The first in the state was implemented in Youngstown in 2018, and authorities say they did see a significant drop in crashes.