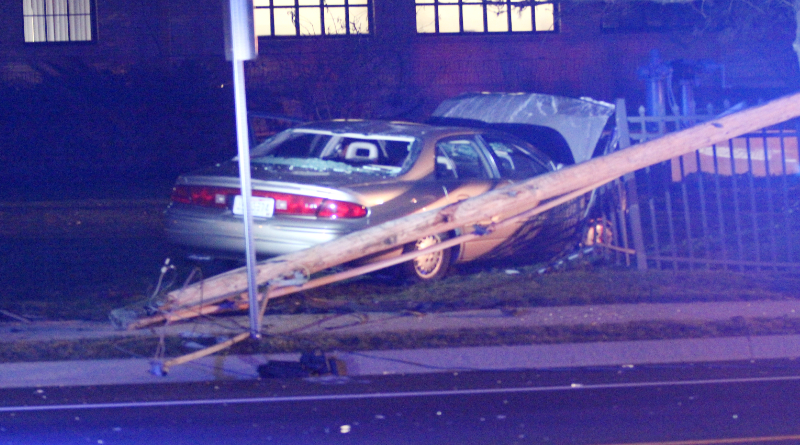 The Findlay Police Department says a driver is facing a variety of charges after running into some parked cars, fleeing the scene and then crashing. (video below)

At around 9 p.m. Sunday police say Dustan Thompson, 36, of Bluffton, crashed into some vehicles in the 1300 block of South Main Street in Findlay.

One of the three cars that was hit, the Corvette, is likely totaled and as the owner told us is “going to the big junkyard in the sky.”

Police say he crashed into a pole and took out a portion of the fence in front of the water department on North Blanchard Street.

Police say Thompson is charged with OVI, leaving the scene of a crash, left of center, a marked lanes violation and two license violations.

WFIN News was on the scene and spoke with the owner of two of the vehicles that were hit.

Ray says in November of 2019 he had another one of his vehicles totaled by a driver who went off the road on the other side of the street. Read about that crash here.

There was no one inside any of the three vehicles that were struck.

Police say the crashes are still under investigation.

powered by Advanced iFrame free. Get the Pro version on CodeCanyon.