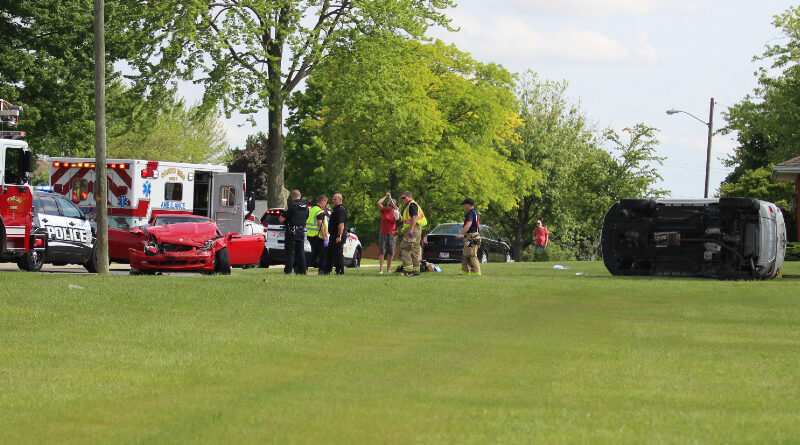 The crash happened at the intersection of Londonderry Drive and Queenswood Drive on Wednesday afternoon.

The police department says Cheryl Mull, 63, of Findlay, was driving an SUV westbound on Queenswood Drive and failed to stop at the stop sign at Londonderry Drive.

Upon entering the intersection, her SUV was struck on the right, rear side by a car that was traveling southbound on Londonderry Drive.

The impact sent the SUV onto its side and caused a lot of damage to both vehicles.

Police say Mull was taken to Blanchard Valley Hospital for treatment of injuries that are not life-threatening.

She was cited for running the stop sign and for not wearing a seat belt.