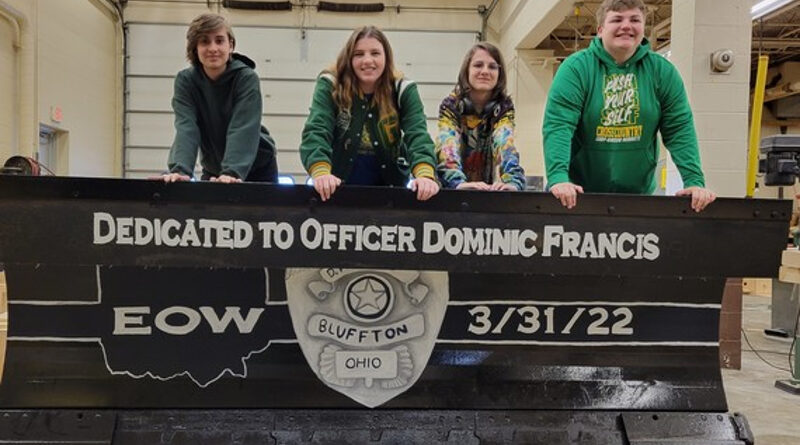 A high school in Hancock County won the Ohio Department of Transportation’s Paint the Plow contest.

Cory-Rawson’s plow was painted in honor of fallen Bluffton Police Officer Dominic Francis and won in a landslide victory.

“We are especially proud that the plow honoring the life and service of Officer Francis was voted the winner of this competition,” said Chris Hughes, the deputy director of ODOT District 1.

“At ODOT, we value our partnerships with law enforcement agencies at all levels as we work together to keep our highways and communities safe. Officer Francis was killed in the line of duty while protecting and serving the citizens of Ohio and we are forever grateful for his service and that of all law enforcement officers,” said Hughes.

It allows high schools and vocational schools within the district’s eight-county region to paint an ODOT snowplow blade with a message of school spirit, Ohio pride, patriotism or safety.

This year, 28 groups across the district’s eight counties painted plows – a record number of participants for the program.

The plows will be displayed at community events throughout the district.

The Fort Findlay FOP Lodge 20 Foundation has an official fundraising drive authorized by the family of Dominic Francis.