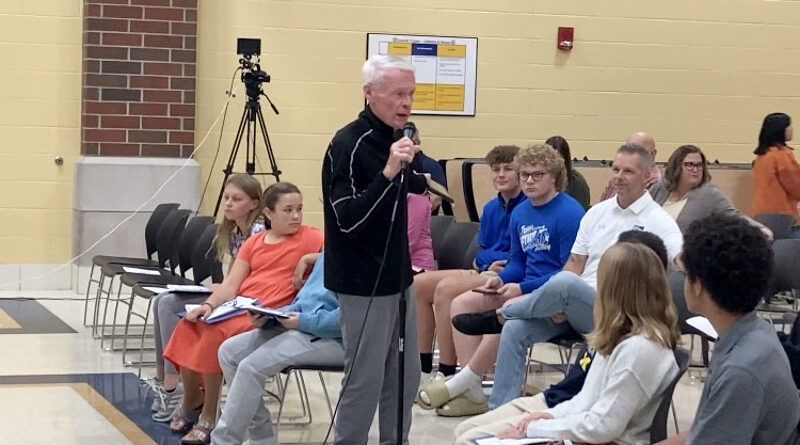 The Findlay High School Hockey Team and the director of Millstream Career Center received some nice recognition at the Findlay City Schools Board of Education meeting on Monday.

The Ohio School Boards Association Northwest Region presented Coach Cliff Browne and the Hockey team with the Excellence In Community Service Award for their continued dedication to the community.

Cliff thanked the Ohio School Boards Association for the award and saluted his players for continually giving back to the community.

“I never thought something like this would ever happen, but it really is because of these players, not me, that makes this all work.”

Coach Browne says community service is part of the Trojan Triangle, which also includes playing hockey hard and with sportsmanship with the goal to win the state title, and doing well academically.

The hockey team routinely helps out with events around town, everything from Oktoberfest to Gliding Stars.

Get more of the presentation and Coach Browne’s comments in the video below.

Also at the board meeting, the Ohio School Boards Association presented Pam Hamlin, director of Millstream Career Center, with the Humanitarian Award, which recognizes individuals or groups who actively engage in exceptional, altruistic efforts.