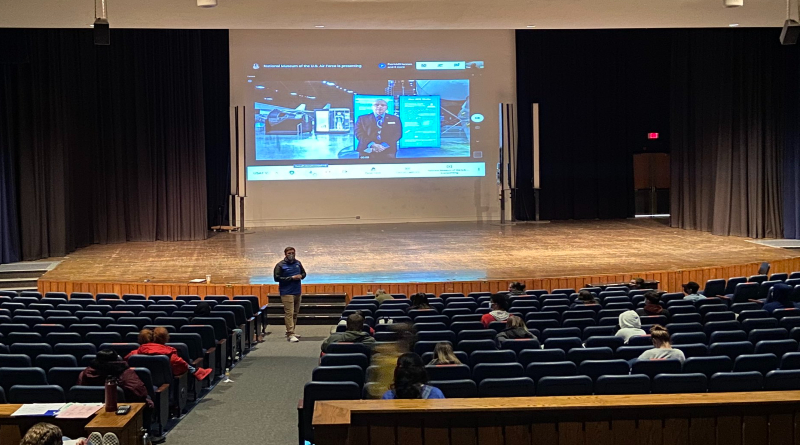 Some Findlay High School students took part in the first ever live streaming tour of the National Museum of the United States Air Force at Wright-Patterson Air Force Base near Dayton.

Science teacher Mark Shively reached out the museum last fall about a virtual tour and was surprised to learn that they had never done one before, but they were willing to if Findlay High School would be the test subjects.

He says the museum went all out to make it seem like they were actually there.

“They actually had a crew that was following the docent around, a lighting guy, a sound guy, a camera guy, a laptop guy, they upgraded their Wi-Fi in all their buildings so they could do this.”

Shively says the students watched the virtual tour on the big movie screen in the auditorium so they could get a sense of size so they could appreciate how big things were inside the museum.

He says the folks at the museum have really taken this seriously as a springboard to reach other schools during the pandemic and in the future.

“It was pretty groundbreaking because they have not done this before, and we were just proud and honored to be a part of it.”