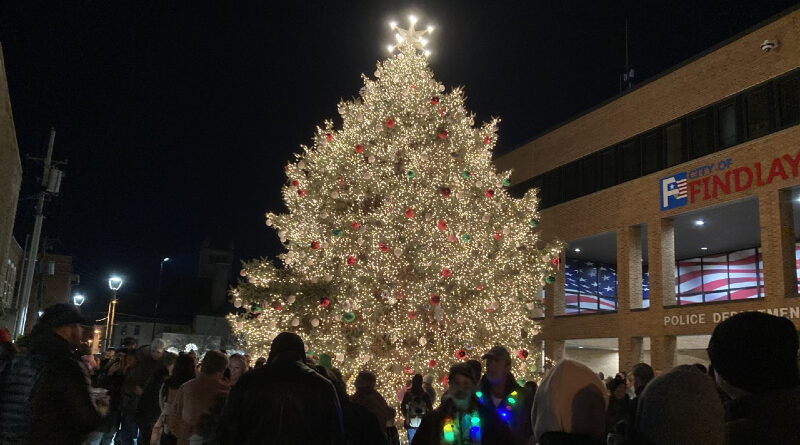 A lot of people came out to watch the City of Findlay’s Christmas Tree come aglow.

Santa Claus himself did the countdown as the 33-foot tall blue spruce lit up outside the municipal building on Friday night.

After the tree-lighting ceremony, Santa headed over to St. Andrew’s Church for Santa’s House, in which kids got pictures with Santa and enjoyed cookies and hot chocolate and wagon rides.

The 33-foot-tall blue spruce isn’t as big as last year’s behemoth which was around 45 feet tall and stood as tall as the Municipal Building, if not taller. That was the biggest tree the city ever had.

The city thanks Jim and Bonnie Albert for donating the tree and Miller Rigging for help getting the tree to Dorney Plaza and putting it up.

The Findlay Police Department says a driver fled from police in their vehicle and then on foot. The police department