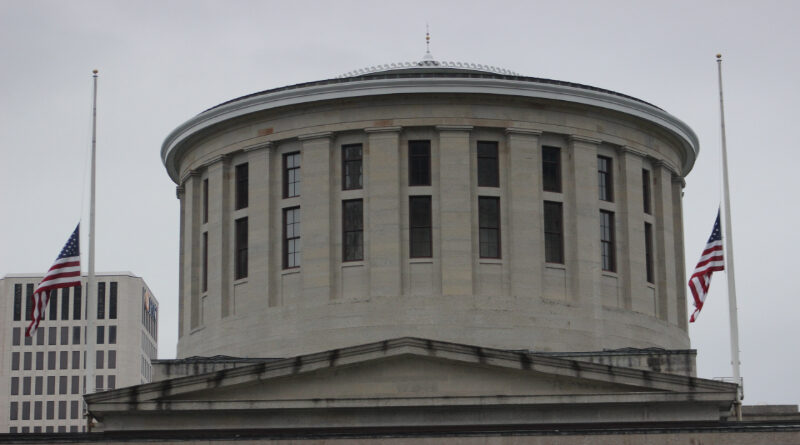 In honor of the life and service of Wyandot County Sheriff’s Deputy Daniel J. Kin, Governor DeWine has ordered that the flags of the United States and the State of Ohio be flown at half-staff upon all public buildings and grounds throughout Wyandot County, the Ohio Statehouse, Vern Riffe Center, and Rhodes Tower.

Flags shall remain lowered until sunset on the day of Deputy Kin’s funeral.

All other public buildings and grounds throughout the state may fly the flags of the United States and the State of Ohio at half-staff at their discretion for the same time period.

Deputy Kin was killed in a crash in Pickaway County on Thursday while transporting an inmate.

His funeral will be held at Our Lady of Consolation and burial will follow at St. Mary’s Cemetery in Carey.

In honor of the life and service of Sheriff's Deputy Daniel J. Kin, I have ordered that flags be flown at half-staff on all public buildings and grounds in Wyandot Co. and at the @OhioStatehouse, Riffe Center, and Rhodes Tower in Columbus. https://t.co/WfuXBXwglr pic.twitter.com/5sBNlRbECW