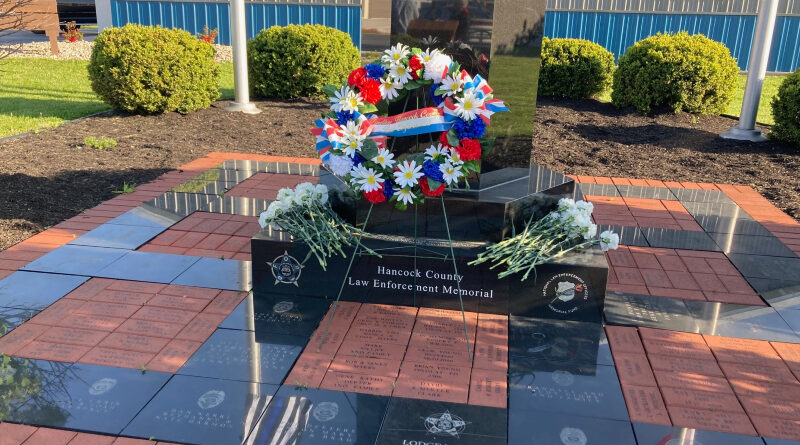 The Fort Findlay FOP Lodge 20 held its annual memorial service for fallen officers, with one new name being added to the memorial this year, that of Bluffton Officer Dominic Francis.

Bluffton Corporal Lonny Kent read off the names of the three Bluffton officers who have died in the line of duty, including Officer Dominic Francis, who was killed in March.

He then accompanied Officer Francis’ parents as they placed flowers at the memorial and saluted all the local fallen officers, including their son.

With the addition of Officer Dominic Francis, there are now 10 names on the Hancock County Law enforcement memorial outside the FOP lodge off of Romick Parkway in Findlay.

See video from the memorial service below.