The Hancock County Board of Elections is ready for the upcoming primary election on Tuesday, May 3rd.

The BOE’s Jody O’Brien says they have received quite a few calls from people asking if the primary will be held amid the redistricting situation.

Jody says the callers were reassured that the primary election will be happening on Tuesday, but some things won’t be on the ballot.

She says the Ohio House and Senate races along with State Central Committee races will not be a part of the primary.

That’s because the Ohio Redistricting Commission has been unable to pass a new legislative map that the Ohio Supreme Court deems constitutional.

Jody says she feels good about the election laws in Ohio and people can expect a safe and secure primary election.

Jody said it was a little difficult finding enough poll workers for this primary, but not as difficult as it was during the pandemic.

The only countywide issue Hancock County voters will see on the ballot in the primary is a replacement levy for mental health services in Hancock County.

The Hancock County Board of Alcohol, Drug Addiction and Mental Health Services (ADAMHS) says supporting mental health not only benefits the individuals who need the help, but the entire community.

An example of a race that will not be on the ballot is the Democrat primary for 83rd District state representative between Melissa Kritzell and Claire Osborne.

That race will be decided in a second primary, probably in August.

The winner of the Democratic primary will take on State Rep. Jon Cross in the fall, who’s running unopposed in the primary.

One of the bigger races on the ballot is the race for U.S. Senator in which seven people are vying for the Republican nomination and three for the Democrat nomination.

That Senate seat is opening up because Senator Rob Portman is retiring.

Governor DeWine is also facing some challengers in the primary and two people are running for the Democratic nomination.

Click here to see the candidates and issues that will be on the ballot in the primary. 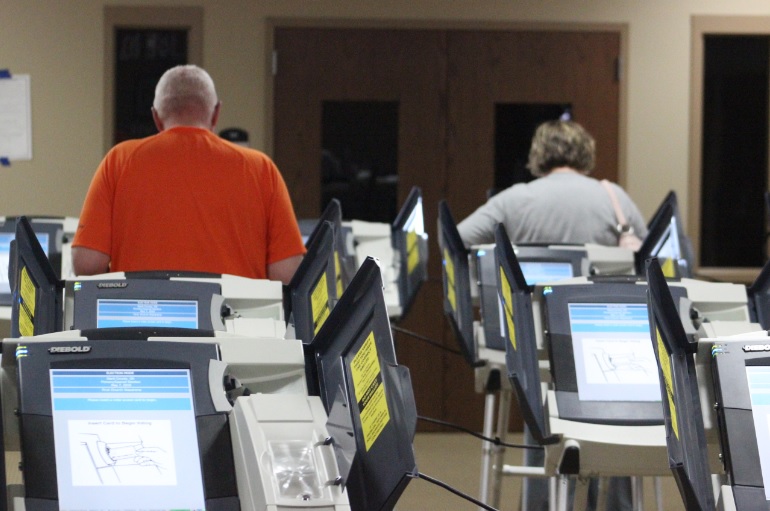