The Interstate 75 southbound exit ramp to U.S. 68/State Route 15 and Lima Avenue in Findlay will be closing for some pavement work.

The Ohio Department of Transportation says the ramp will be closed on Wednesday, November 3rd for pavement grinding to improve friction and skid resistance.

Also, chevron signs will be added to the curves of the ramps similar to what is displayed in the picture below.

ODOT recently told WFIN that they would be looking into what could be done to lessen the number of crashes on the flyover ramp.

There have been a number of crashes on the flyover ramp since it opened in November of 2018, particularly in wet weather.

ODOT says, while the ramp is up to standards and meets all safety specifications, measures can be taken to reduce the number of crashes occurring.

Drivers are being reminded to slow down when approaching the ramp, and to not take it too fast, especially in wet weather. 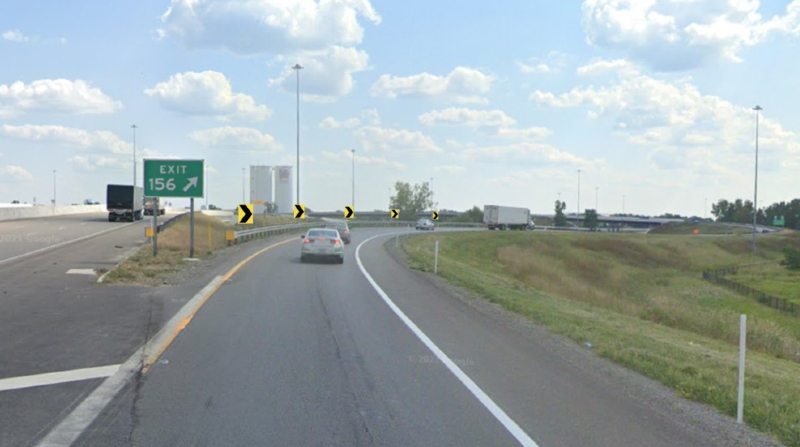