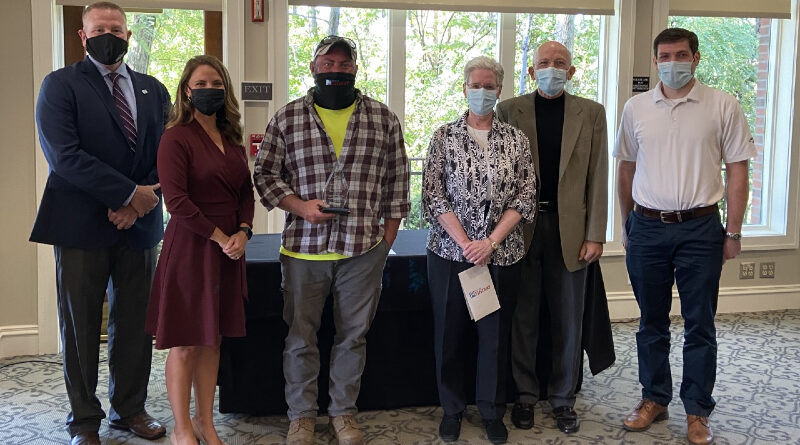 The City of Findlay has presented its John Edward Seman Award for Employee Excellence.

Copus started with the City of Findlay as a seasonal employee from 2002-2005 working in the Cemetery Department and Parks Maintenance Department.

In 2006, he was hired full time in the Street Department as a Street Maintenance Worker I.

The award is named in honor of Assistant City Engineer John E. Seman who passed away in late 2004.

John’s distinguished character and passion for excellence in building a community established a pinnacle for all to follow.

The annual John Edward Seman Award for Employee Excellence is intended to formally recognize a City employee whose service, dedication, integrity, and commitment to community are exemplary.