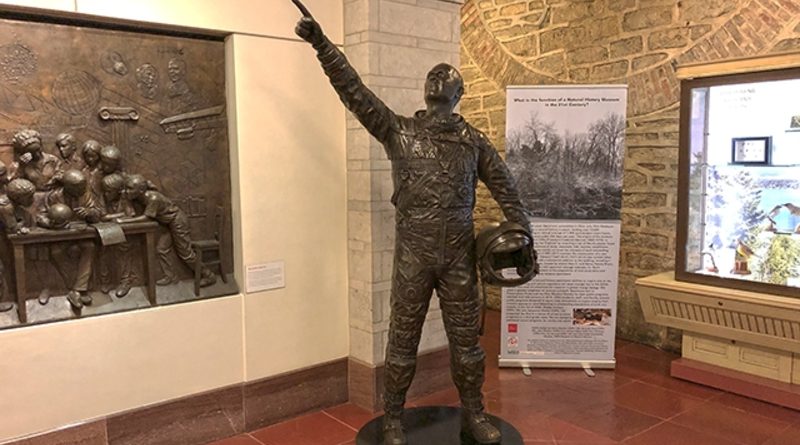 A statue honoring John Glenn was installed at the Ohio Statehouse on Wednesday.

The famous Ohioan was an aviator, an astronaut and represented Ohio in the U.S. Senate.

As an astronaut Glenn was the first American to orbit the earth.

Last week, a state panel voted to place the statue there for about a year.

Rules for permanent placement of a statue on statehouse grounds state that the person depicted must have been dead at least 25 years beforehand.

The statue of the Great Ohioan will be displayed to the public inside the Map Room until March of 2022.

Glenn was among the first to be recognized as a Great Ohioan when the award was established in 2003 by the Capitol Square Foundation and Capitol Square Review and Advisory Board. 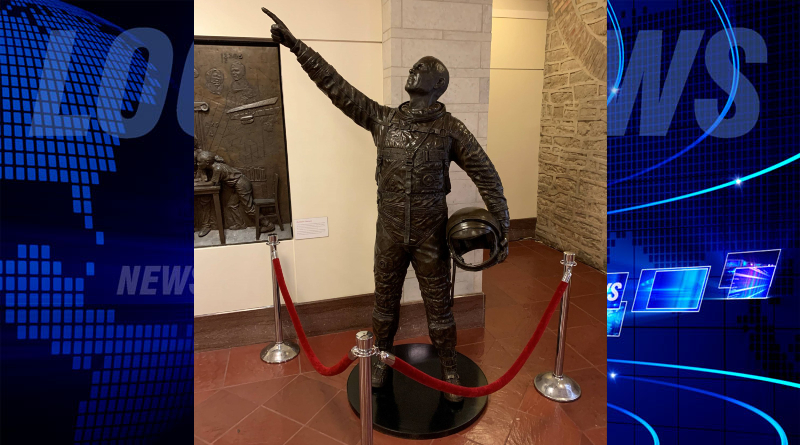 Today, the Alan Cottrill Sculpture Studio delivered a statue of John Glenn to the Ohio Statehouse. The statue of the Great Ohioan will be displayed to the public inside the Map Room until March 2022. pic.twitter.com/YgLXYjZVj7