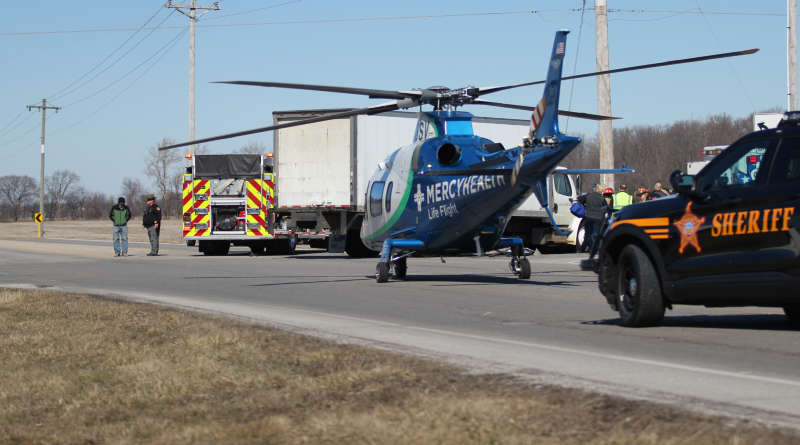 A teenager was life-flighted to a Toledo hospital after being seriously injured in a crash just northeast of Findlay.

The crash happened a little after 1 o’clock Tuesday afternoon at the intersection of County Road 236 and County Road 212.

The sheriff’s office said when the crash happened there was a semi that was northbound on County Road 236 that was in the left turn lane and was stopped waiting to turn left onto County Road 212, which obstructed the box truck driver’s view.

The impact of the crash pushed the car into a utility pole and trapped Lindsey in the wreckage.

Responding firefighters and Hanco EMS used extrication tools to get her out of the car.

Life Flight then transported her to a Toledo hospital with serious injuries.

The driver of the box truck was identified as Richard Zajac Jr, 37, of North Olmstead.

He sustained minor injuries and refused treatment at the scene.