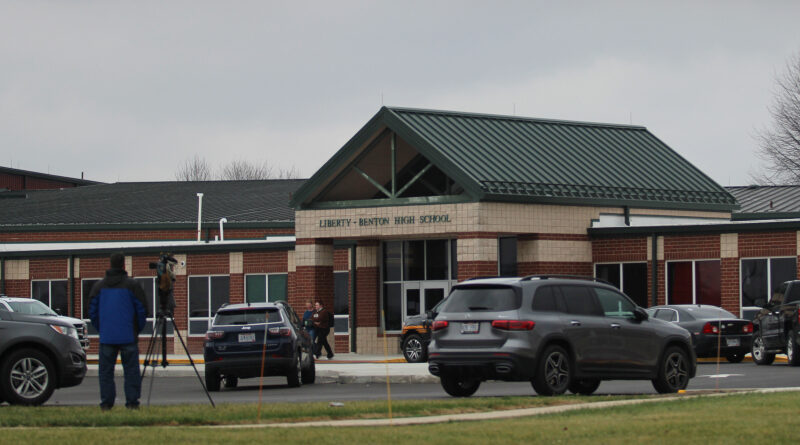 Multiple police agencies rushed to Liberty-Benton High School on Wednesday morning on the report of an active shooter in the school.

The Hancock County Sheriff’s Office says the 911 call came in at 9:53 a.m. and the first deputies were on the scene within 90 seconds, and the school resource officer assigned to the school was already there.

Deputies from the sheriff’s office, as well as officers from the Findlay Police Department and troopers from the Ohio State Highway Patrol did a thorough search of the school and determined that the 911 call was a hoax, and that there was never any threat.

The incident appears to be related to other similar ‘swatting’ incidents at schools across Ohio on Wednesday, and similar incidents also occurred in September, one of which affected Findlay High School.

In the video below we talk with Lt. Mark Price with the Hancock County Sheriff’s Office.

A bill introduced by a state senator in Ohio would increase the penalties for swatting.

Read more about that by clicking here.