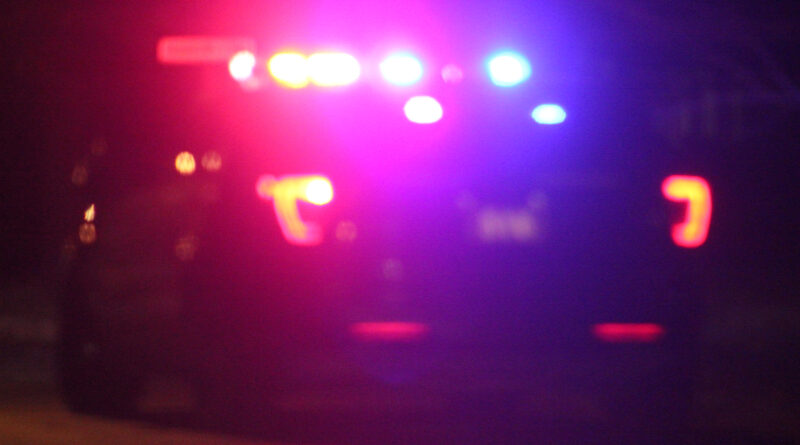 The Fostoria Police Division says a man was taken into custody after engaging in an hours-long standoff with police.

The police department responded to 628 Columbus Avenue on Tuesday night after receiving several 911 calls about a man violating a civil protection order.

Upon arrival, officers were informed by the victim that Eric J. Sorrell, 37, had entered the residence through a window in the bathroom in an effort to get to the victim inside.

The police department said there is a history of domestic violence between the individuals.

Officers had found the victim exiting the residence upon arrival and escorted her to a safe location while they attempted to communicate with Sorrell who was inside the house.

It was determined that he was barricaded inside a bedroom.

Officers continued in their efforts to convince Mr. Sorrell to exit the bedroom without success.

At the time, it was unknown if he was able to access any weapons and he continued making threats to stab officers and to set fire to the residence if they entered the bedroom.

As officers continued in their efforts to get Sorrell to come out, the Special Response Team was dispatched to the scene which includes officers from Fostoria Police, Tiffin Police, and the Seneca County Sheriff’s Office.

The crisis negotiators from Tiffin Police were also dispatched to the scene.

For several hours, numerous efforts were made to get Sorrell to come out of the barricaded bedroom and eventually after continued communications, he finally opened the door to the bedroom, which had furniture blocking access, and was taken into custody without further incident.

Sorrell was immediately treated by the Fostoria Tactical Emergency Medics since it was determined that he had ingested prescription pills while in the bedroom.

Sorrell was then taken to ProMedica Fostoria Community Hospital by Fostoria Fire and was later released from the hospital on Wednesday morning.

He was then transported to the Seneca County Jail and is currently charged with domestic violence and obstructing official business.

“This was another great example of multiple agencies working together as a single team to peacefully resolve an individual in crisis, regardless of the criminal acts,” said Fostoria Police Chief Keith Loreno.

“I truly appreciate everyone who assisted, and I couldn’t be happier with the outcome since no one was injured. These situations are extremely volatile and don’t always end this well.”