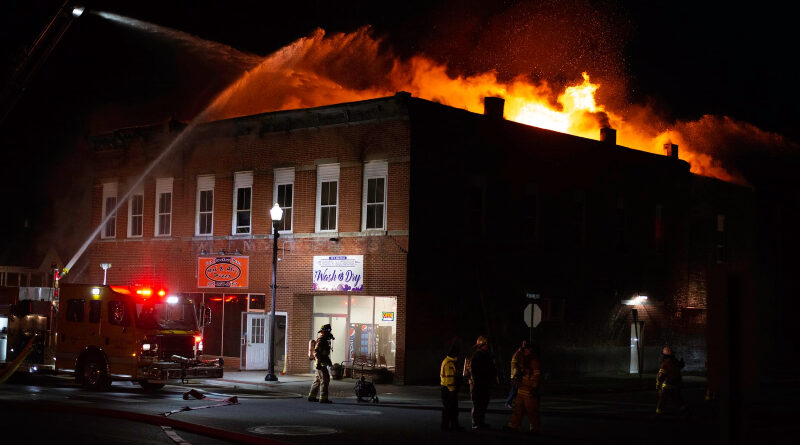 The cause of the fire that destroyed a building that housed two businesses and apartments in North Baltimore has been ruled undetermined.

That was the ruling by the office of the Ohio State Fire Marshal, according to North Baltimore Fire Chief Ted Francisco.

The fire started around 6:30 Saturday morning at 235 North Main Street, which is on the north end of the business district.

Destroyed in the fire were Mak & Ali’s Pizza, a laundromat and an upstairs apartment.

An art studio at 233 North Main Street also suffered damage, as well as the roof of that building.

Firefighters prevented the fire from spreading to the historical society building just to the south.

Nobody was injured in the fire.

A GoFundMe has been established to help the people whose apartment was destroyed in the fire, and one has also been set up to help the owner of the art studio that was damaged.

(above pic courtesy of Lindsay Ziegler)