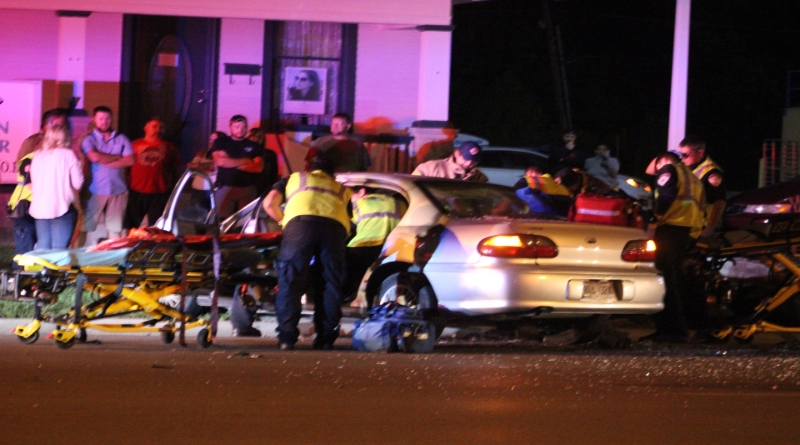 The crash happened in the 800 block of North Main Street at around 10 o’clock.

Police say 43-year-old Bruce Spoon, of Deshler, was driving northbound in the far right lane when he attempted to turn left into a residence and collided with a southbound car.

On the scene Spoon could be seen being handcuffed and placed into the back of a police cruiser.

Police say he was highly intoxicated, and was arrested for OVI.

He was not injured in the crash, but two people in his car were.

Carl McCloskey, 50, of Findlay, and Donna Haller, 62, of Bellevue, were extricated from the vehicle and taken to Blanchard Valley Hospital with injuries that are not life-threatening.

One person in the other vehicle was treated on the scene for minor injuries.

The crash shut down traffic in both directions on North Main Street.